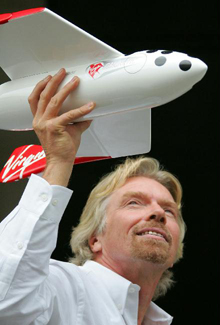 Sir Richard Branson, the founder of Virgin Atlantic among 100 other companies (mostly successful) has been doling out great entrepreneurial advice over the last 30+ years.

The great staff at KissMetrics have compiled a plethora of great Branson advice. If you’re an entrepreneur chances are you’ve either heard some of Branson’s advice first hand, or second hand from a friend or colleague. Chances are you are already acting on something that’s come from his infinite wisdom and you don’t even realize it.

Below we’ve got four tips for avoiding startup mistakes that everyone could learn from. Before we dive into that though there are a couple other really important lessons you could learn from Sir Richard Branson.

Your First Year is all about surviving.

Although I’m a serial entrepreneur and have had two successful exits neither was easy in the beginning, and nibletz has been even harder. Branson says:

“In a company’s first year, your goal should be simply to survive, and this will likely take everything you’ve got. No matter how tired or afraid you are, you have to figure out how to keep going.”

We know always be closing and all those other ABC’s but Branson is a die hard when it comes to taking notes. Whenever he is meeting with anyone he is always taking notes. I personally just started taking notes with paper and pen rather than on my iPad. It makes whoever I’m talking with more comfortable and writing things down with a pen actually helps you remember them.

“Anyone who aspires to lead a company must develop a habit of taking notes. I carry a notebook everywhere I go.”

In this article from entrepreneur magazine, Branson shares Four Tips For Avoiding Statup MistakeStay on target – You need to be clear and concise in explaining your idea. Branson says that the shorter the pitch is, the clearer it will be. Don’t plan too many years in advance, and stay on target.

We highly suggest you check out this Kissmetrics piece on Richard Branson, don’t forget a note pad.

Great startups will learn a lot here. Check it out.