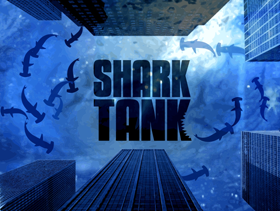 You may even be one of those Shark Tank fans that yells at the TV like you’re watching the Duke Blue Devils lose to Louisville, screaming when you see an entrepreneur balk at what could be a once in a lifetime opportunity.  After all the Shark Tank sharks have invested $20 million dollars in over 100 deals so far in the first four seasons.

Well fret no more because your chance to get your business in the Shark Tank is now.

Beginning in two weeks, Shark Tank is casting across the country for season 5. With the success of season 4 there was no doubt a season 5 would be on the way.  Shark Tank’s open casting call is coming to five cities starting with Atlanta but there are only 500 spots at each stop.

Now you won’t be pitching in front of any of the actual sharks but if you can get past the first few screenings you may be in store for your big break.

The open casting call is headed to Atlanta, Dallas, Chicago, Philly and Los Angeles, here are the details.

Before you go you should probably know these two things, sometimes deals we see get done on TV get thrown back, and the Shark Tank producers can take 5% equity or a 2% royalty no matter what, once you get on the show.