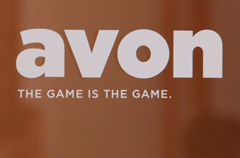 Sure one of the main reasons I like Dan Porter so much is that he named every conference and meeting space in OMGPOP’s headquarters after characters from the hit HBO drama “The Wire”.  Being from South Baltimore and having extrad a few times during the run of “The Wire” I naturally loved the idea of meeting rooms named after such influential characters as Avon Barksdale, Marlo Stansfield and Proposition Joe.

What came apparent though, as Zynga set sail with OMGPOP on board was that Porter was like the Stansfield character. Porter told it like it was, probably causing a major level of discomfort for Zynga CEO Mark Pincus.

Porter drew fire when Quartz, a business news website quoted him as saying that Zynga copies other publishers games.

The original Draw Something caught on like wild fire. The game, which allows two players to play in a head to head win lose or draw style competition, was the game of the month right up until the sale to Zynga. It’s popularity faded as hits like SongPop started picking up steam.

The exact amount that Zynga paid for OMGPOP was never reported. What was reported, was the fact that Zynga had to write down $95 million dollars on the OMGPOP deal.

Even with all that in mind, Porter is credited with helping to move Zynga from the Facebook dependent social gaming space to the mobile screen. Reports surfaced on Monday morning that Zynga was about to unveil online gambling games in the UK as well.

While Zynga’s focus isn’t clear to anyone at the moment, we are confident that Porter’s is. So Dan closes your eyes, and breathe easy, your next big thing is right around the corner.

See why Dan Porter earned that bump like a mother fucker, here.