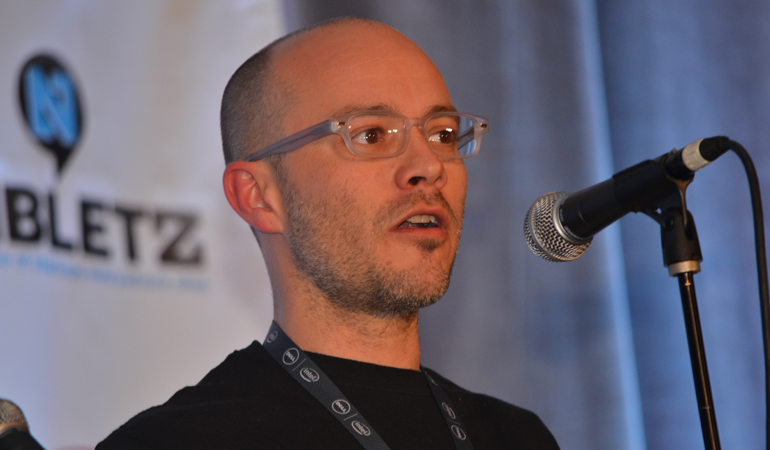 With one week to go in the Memphis based Seed Hatchery startup accelerator program, one of their startups, ScrewPulp, has officially launched (isn’t it nice to see real products at demo days).

Long time readers of nibletz.com, The Voice Of Startups Everywhere Else, are very familiar with ScrewPulp and it’s founder, Memphian Richard Billings. Billings comes from a wide background of creativity, and media. At one point in his career, Billings was a radio disc jockey. Throughout though, he’s been a tinkerer on a very grand scale. For instance his home has a full movie theater and he’s building arcade and pinball machines in his spare time.

So what’s ScrewPulp? It’s a way for self publishers to generate traction by trading their wares for social media mentions, reviews and ratings. In it’s simplest form the model works like this:

– Author publishes their book on ScrewPulp
– The first 25 copies are given away free
– Those people are expected to engage with the material through reviews, ratings and social media mentions
– Readers can continue to get the newest books free as long as they support the model.

After the initial free period, publishers start making money on their book. Pricing is based on how well the book was received, or sales. What’s especially nice for publishers is the platform is non-exclusive and publishers get 75% of the take.

“I want to change a broken industry,” Billings said in a statement. “Screwpulp is removing the obstacles that discourage so many authors, and empowers everyone to take control of publishing’s future.”

ScrewPulp is a product of the entire LaunchMemphis ecosystem. The idea was conceived at a 48 Hour Launch event in June of 2012. From there, ScrewPulp was one of the startups selected to compete in a Global Entrepreneurship Week challenge, which included pitching the concept to Federal Court Judge John Fowlkes. At that contest, ScrewPulp won over $5,000 in cash and prizes.

It was only natural for ScrewPulp to continue iterating and preparing for launch under the development and instruction of Seed Hatchery, Memphis’ cohort based technology accelerator.

“It’s been a fun uphill battle all the way, but we have our work cut out for us after investor day next week.” Billings told nibletz.com in an interview. He’s also very excited about the progress they’ve made to date. ScrewPulp soft launched last week with four books and four authors. In just one week, and with no promotion, marketing or media they now have 23 books from 23 authors, and 250 readers signed up for the platform.

To add to that momentum, ScrewPulp’s mentor, Publishing executive Joe Wikert, will be flying into Memphis to introduce the ScrewPulp team at Seed Hatchery Investor Day next week. Wikert was the Publisher and Chair of O’Reilly Media’s Tools Of Change conference. Wikert has also had executive positions with publishing giants, Wiley and Macmillan Publishing.

You obviously like to read, so go read a book at ScrewPulp.com

This Memphis founder also launched her startup at 48Hour Launch and is now a finalist in the Black Enterprise Elevator Pitch Contest.