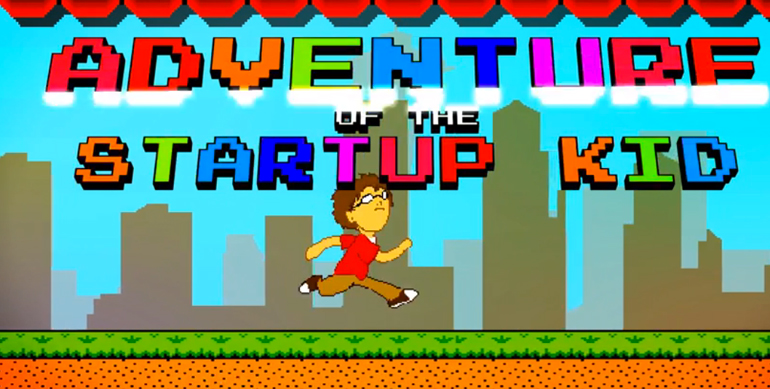 Earlier today we told you about GeekWire’s 2013 awards in Seattle last week. The award for the geekiest office space went to Killer Infographics, which also partnered with GeekWire for a creative, totally awesome view of startups. Although known for their “Killer Infographics” the teams at Killer and GeekWire created an 8 bit video game style movie called “The Adventure of the Startup Kid”.

The video was created to play at the beginning of the GeekWire awards which were held last Thursday at EMP Seattle and very well received. 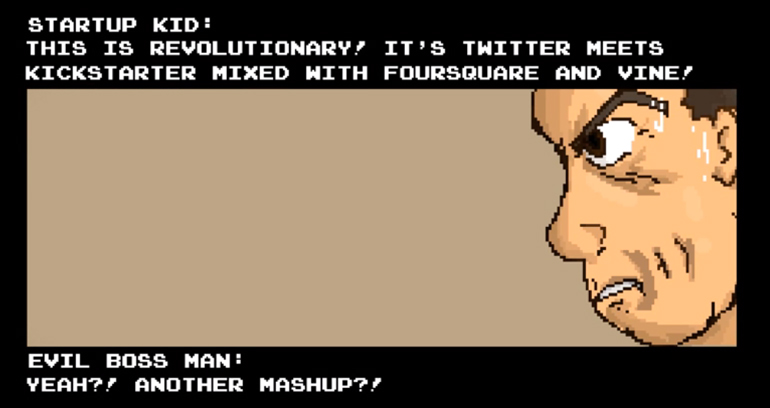 The Adventure Of Startup Kid starts off in the office where Startup Kid has an idea that is a mashup where “Twitter meets Kickstarter mixted with FourSquare and Vine”. Of course Startup Kid’s co-worker thinks it’s a great idea and Startup Kid quits his job.

Then of course he goes to dad for seed funding, eventually finds a team, and goes for venture funding.  Each step along the way looks just like an old 8 bit video game with challenges that are like beating level lords at the end of every game. For instance when the team goes for venture funding they have to reach money bags being dropped from the sky by a cloud, reminiscent of getting coins in any Super Mario or Sonic game.

Just after that there’s the final battle where an animated Jeff Bezos pulls up in a semi truck that says Amazon and begins throwing boxes at the Startup Kid. Bezos flies off on a rocket but not before tossing a bag of money to Startup Kid. Startup Kid sort of wins because he gets acquired but then ends up back in a cubicle, presumably acquihired, that is of course until he has his next startup idea.

Check out the video below. More here at GeekWire