When I first sat down with Andrew Bender, President and CEO of instaGrok I was mesmerized at what I saw. I originally though that a “research engine” would be boring, or at best a fancy way to say search engine, and Google has determined we don’t need anymore of those.

Once Bender took me through a demo I wished that instaGrok was around when I was in school. I told Bender that I am a very visual person. I “white board” just about everything, drawing webs, flowcharts and arrows all over the place.  Well instaGrok takes whatever your researching and visually shows the user how things are connected. 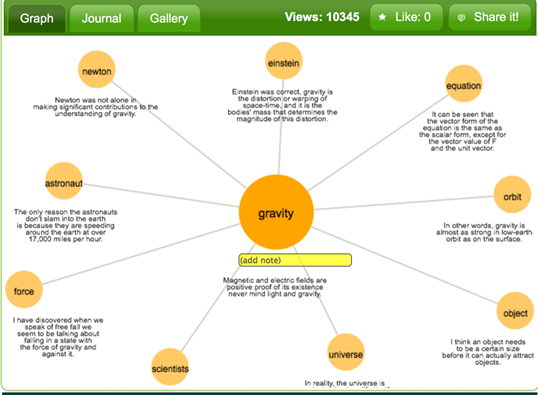 Bender showed me two examples. The first was gravity. As you can see from the grok above gravity is connected to Einstein, equation, orbit, object, universe, scientists, force, astronaut, and Newton. When you’re on the instaGrok site if you click on any of the circles another web appears showing how the connections are connected to other things.

On the right side bar instaGrok connects the user to key facts, websites, videos, images, quizzes and a glossary. Now the user is connected to mountains worth of research in a very easy to understand and navigate UI. If a user was actually working on a research paper about gravity they could pin anything from the right hand columns directly into the grok. 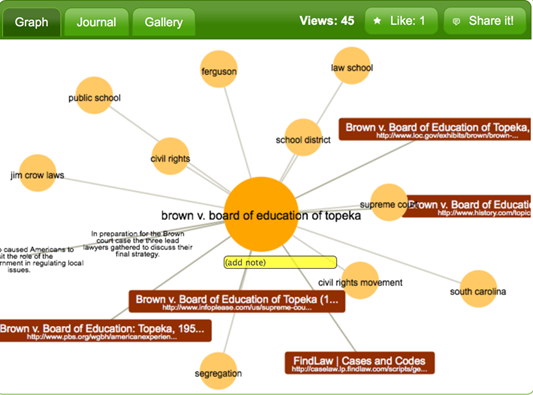 The other topic we looked at was “Brown v Brown” and a user built grok. This grok features a bunch of links that the creator has added, or pinned, to it with the information they need.

You don’t need to register for instaGrok, but if you do you can save the groks you create for as long as you would like.

We got a chance to interview Bender at the LAUNCHedu showcase as part of SXSWedu. Check out the video interview below:

Here’s more of our SXSW13 coverage at nibletz.com