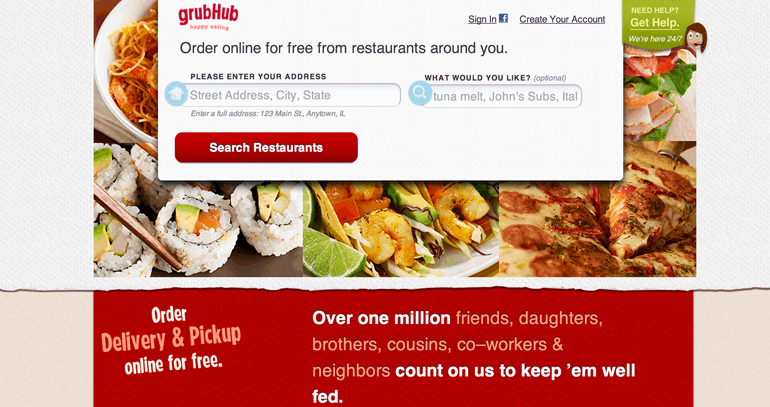 GrubHub’s co-founder Matt Maloney will become the combined company’s CEO while Seamless’ CEO Jonathan Zabusky will serve as the new company’s President. A new name for the combined entity has not been announced. Both companies have said they don’t plan on reducing staff. GrubHub employs around 350 people while Seamless employs 300 people.

GrubHub hosted Startup America Regional Champion’s during last October’s Startup America Summit. During that event we enjoyed breakfast, a tour of the company’s new offices and keynote sessions by Maloney, Scott Case and later in the day Brad Keywell of Groupon and LightBank fame.

“We have the luxury of having two amazing brands right now. Honestly, we don’t have plans to consolidate brands at this time,” Matt Maloney, CEO and co-founder of GrubHub, told ABC News. “We are looking to position ourselves as a combined unit within this massive industry.”

Maloney acknowledged that Seamless has a great iPad app. 30% of each company’s business is currently coming from mobile an area where Maloney sees the need for improvement with GrubHub.  GrubHub offers in-restaurant tablet technology which could (and probably will) combine with the tablet offerings for Seamless.

The combined company will have a stable of over 500 cities and 20,000 local takeout locations.

The GrubHub Seamless merger lost some of it’s thunder once Yahoo announced the acquisition of Tumblr.