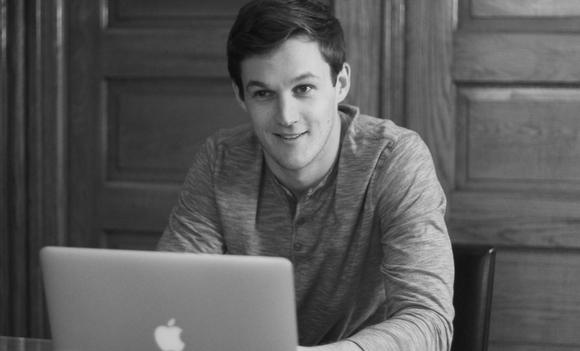 Michigan’s new startup accelerator is launching its first cohort tomorrow. It’s not in Detroit, Pontiac, or even Ann Arbor.  The Coolhouse Labs accelerator is based in a resort town off Lake Michigan called Harbor Springs, the hometown of 27-year-old Jordan Breighner, co-founder and Managing Director of Coolhouse Labs.

Harbor Springs is a small town with under 2000 year-round residents. It was once a popular summer destination for autoworkers, the life bread of Michigan’s economy. Like many others, Breighner sees the path to improving an economy is through entrepreneurship and startups.

Although he has no “formal” entrepreneurial experience, Breighner has a diverse background, including a stint working for the Obama administration and going to college in Utah to become a ski racer. His vision, passion, and tenacity to get things done has helped him secure the seed investments for the first five teams in this first cohort. He’s also stocked his team with a Program Director, Resident Designer, and Resident Developer.  Breighner has also been able to attract a top notch advisory board.

Here are the five teams.

Every Last Morsel – Every Last Morsel is a community marketplace for locally grown food – like an Etsy for small farms and backyard gardeners. It provides growers with web-based record-keeping tools and easy-to-use sales outlets that allow farms to focus on doing what they love: growing good food.

Lorious – Lorious is an online marketplace for expertise, where users can buy and sell one-on-one live video chat consulting services, at any time and from any location. Lorious empowers people to gain skills, from crafting to accounting, and to take ownership of their professional identities in response to this ever-changing economy.

Novi Times – Novi is aiming to redefine mobile news discovery through search. They have developed an editor-guided algorithm that helps users discover news through topics they want to follow.

TRNK New York – TRNK New York is the online shopping destination for the discerning male who seeks an inspired and character-filled home.