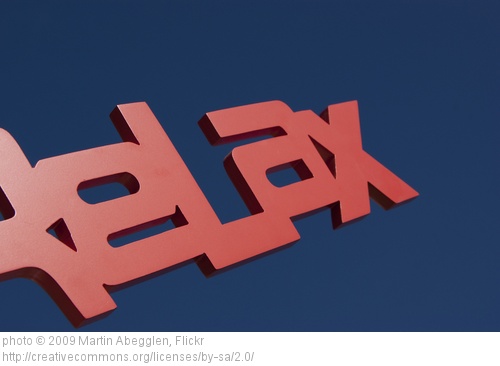 I think downtime gets a bad rap. In our startup culture, it’s all about hustle, late nights, and crazy schedules. We brag about how much we work, and we really don’t want people to think we aren’t passionate about our businesses.

I believe in passion and work and doing what you love. Hence, I left a crappy job to homeschool my kids. I landed a job I love at Nibletz, and my kids are being raised in a family culture that encourages finding your passion and working hard at it.

But there’s nuance when we talk about “hustle” and “passion”: a silent assumption that if you don’t want to work all the time, you aren’t really passionate. If you aren’t passionate, you won’t be a success. And, in the startup world, your “lack of passion” will keep you from succeeding, so there’s no point in anyone investing in you.

Yet, there are studies that show that time off is critical to job satisfaction. In 2009 two Harvard researchers studied the effects of enforced time off for a local consulting group. They found that, while initially resistant, consultants at the company ultimately became better at their jobs when they were forced to take time off throughout the week. It turns out that hunkering down isn’t always the best choice.

In an episode of On Being, Krista Tippett interviews neuropsychologist Rex Jung about creativity and the everyday brain. After studying both intelligence and creativity, he says that the two are very different and use different parts of the brain. Intelligence occurs when the back and front part of the brain work well together, firing information efficiently. Dr. Jung compares this to a superhighway. Creativity, however, is more like back roads, a meandering path that may seem inefficient but produces something new and useful. There’s even a name for this: transient hypofrontality.

Both are useful, but how do we increase the creativity part–the part that keeps us good at problem solving? Rex Jung says the answer is downtime.

If you’re constantly in knowledge acquisition mode, there’s not that quiet time to put it together.

The “putting it together” is critical. Your passion means nothing if you don’t have the downtime you need to really consider your path. Working just for work’s sake is stupid. What if the work you’re doing is heading in the wrong direction, or you miss a big piece of the puzzle because you don’t take time to look around? In that case, all the going going going is a detriment, not a help.

Instead, we should reconsider what we call “work.” Accomplishing tasks and crossing off to-dos are important. But so is a leisurely walk without a phone or iPod. Studying cloud shapes or reading a book solely for enjoyment are good for recharging, but it turns out they may also be imperative for your work itself. The connections your brain makes when you aren’t focus could be the ones that lead to breakthrough success.