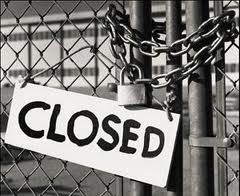 Businesses buy out other businesses. It’s a dog-eat-dog world out there, and acquisitions are part of the grand game of business baccarat. Amongst the main benefits of an acquisition are:

If all goes according to plan, the newly acquired company ought to increase in value as investors see cost savings and revenue increases ensue.

But it doesn’t always go according to plan. There are often problems that only become apparent after the deal has gone through. Integration plans can be demolished by white collar turf wars and culture clashes. Brand dilution, incompatible processes and systems and lack of knowledge about the acquired company’s business methodology can all have an impact in the successful marriage of two corporations. Such failings may have an irreversible impact on shareholder value and see the stock price of the acquiring organization plummet. The ship sinks with all hands, and there’s not a lifeboat to be seen.

It’s a particular problem in the world of dotcoms. Corporate quicksand lies in wait to suck even the most seemingly healthy companies to their doom. Here are just a few examples of the good tech companies that have gone bust following their acquisition.

This was the original social networking site and granddaddy of them all. Andrew Weinreich founded the company in New York while the dotcom boom was rumbling on, and it was later taken over by Youthstream for over $130million in stock. Within six months it was shut down. The legacy of sixdegrees however was awareness of the vast potential of social networking, and the likes of Linkedin and other SN platforms took up the baton and ran with it.

Danger was the creator of the T-Mobile Sidekick. Microsoft acquired the company in 2008. They actually prototyped a new product but then completely scrapped the development and platform in favour of the Windows Phone 7, leaving the product team in, as they say, a right old mess amidst a flurry of contradictory goals. The Kin was eventually launched and proved a total flop, and the original development team was dispersed to the tech winds. Just to finish the demolition job off, Microsoft shortly afterwards lost just about all of its Sidekick customer data late in 1999.

Apple bought up Lala, an online music store, for over $80million in December 2009 and a few months later shut the site down. They seem to have done nothing with the acquired technology and nor have they replaced it.

Goowy Media, a Californian-based widget software firm, was acquired by AOL/Time Warner in 2008 and everything was fine until AOL split off from TW, when everything went haywire. According to Goowy staff, the TW staff whose office they shared barely acknowledged their presence and they were not assigned work for long periods of time. About a year after the acquisition Goowy was shut down, despite having a basically good product.

It’s worth mentioning that acquisitions and mergers often fail because of a focus on short-term gains by the acquiring company. What they’re mainly interested in is seeing the acquisition run smoothly and after that they often don’t much care about how the acquired company performs. This attitude seems to be inherent in the business world and may often be the fault of no one in particular.

Author:
Carlo Pandian worked at Adzuna, a tech start-up based in London. He is currently writing a tutorial on QuickBooks (accounting software for entrepreneurs), and has previously published for Techli, Killer Startups and Under30CEO. Connect with him on Twitter @carlopandian.

View all articles by Carlo Pandian