When we announced our next national conference Everywhere Else Cincinnati this past Monday, we promised more big announcements all the way up until the event itself. (September 29-October 1st at the Duke Energy Convention Center in downtown Cincinnati, by the way.)

The time has come to announce 4 more great speakers coming to celebrate startups and entrepreneurship everywhere else.

Nait Jones the founder of AgLocal, Andrew Warner the founder at Mixergy, Andy Sparks co-founder of Mattermark, and Wil Schroter, serial entrepreneur and founder of popular crowdfunding startup, Fundable have all joined the amazing line up of speakers that will take to the main stage. 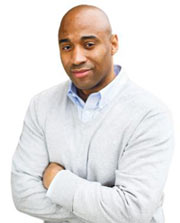 Nait Jones comes from a family of chefs, and delicious fresh food has always been a part of his life. Living in the Kansas City area, Jones observed a problem connecting independent and family meat farms to wholesale and retail buyers. He created AgLocal in 2011 to deal with that problem head on.

Jones is no stranger to startups and entrepreneurship, he left his last full time job as the Director of the Ewing Marion Kauffman Foundation’s Aspiring Entrepreneurs FastTrac Program to start AgLocal. He obviously made the right decision as AgLocal was able to attract marquee venture capital firm Andreessen Horowitz to lead their $1 million round last summer. 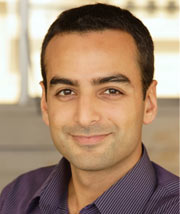 Andrew Warner is one of those life long entrepreneurs who has a brilliant sales mind. He and his brother Michael created their first company when they were in their 20’s. They called their company Bradford and Reed because they figured with a name like that, people would always take their calls. Warner explains in this post that a name like Bradford and Reed sounded like a law firm, which could mean trouble, or a VC firm, which could mean opportunity.

After taking a break about 10 years ago, Warner was refreshed and wanted to take on mentoring and help entrepreneurs in an entirely new way. Mixergy was born. Chances are if you read Nibletz and plan on coming to Everywhere Else Cincinnati, you are well aware of Mixergy, a platform that allows you to learn from proven entrepreneurs through courses, interviews, and events.

In a Nibletz story in June Derek Capo the founder of Next Step China said this about Mixergy: “My investment in Mixergy’s premium membership has paid itself back 1 million times over. I have learned so much from the interviews, the classes, and the discussions. I’ve gained an MBA-type network without the $200K tag. Andrew Warner, the owner of Mixergy, is great at getting guests who can contribute tangible advice to other entrepreneurs, regardless of what industry they are in.”

Warner’s got a great story and his brain is exploding with entrepreneurial nuggets of wisdom from one of the biggest networks in the world. 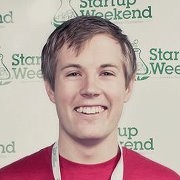 MatterMark is one of the best weapons in many VC arsenals to help sniff out the best startups. The company was founded by Refer.ly founder Danielle Morrill, her husband Kevin, and Andy Sparks who was brought into the Y-Combinator backed Refer.ly team when they acquired his 500 Startups backed, LaunchGram. Just four months later Refer.ly was shut down to create Mattermark.

With roots in Y-Combinator and 500 Startups, the rockstar team behind MatterMark is now backed by NEA and Andreessen Horowitz.

Sparks founded LaunchGram in Columbus before relocating it to Mountain View to go through 500 Startups.

Sparks has ties to 500 Startups and Y-Combinator, and he’s a facilitator for Startup Weekend. He’s also a huge believer in the fact that startups can come from anywhere. 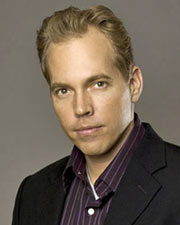 Wil has literally been an entrepreneur since the age of 19. Now at the age of 36 he’s still never “worked for” anybody but himself in his entire adult life. His entrepreneurial journey started when he created Blue Diesel, an interactive marketing agency that eventually merged with inChord Communications where Schroter helped build the company to $700 million in annual billings.

At least 10 years before incubators were the “in thing,” Schroter created Virtucon Ventures, an incubator for startup companies that is still running today. Schroter’s other startups include Startups.co (2004), Gotcast.com (2006), Affordit.com (2008), Bizplan.com (2009), Unsubscribe.com (2010), and finally Fundable in 2011.

Fundable is a crowdfunding site that’s seen a lot of traction. Fundable offers both rewards and equity based campaigns, and often attracts out-of-the-box winners for funding on their site.

Jones, Warner, Schroter, and Sparks join this already great list of startup speakers from across the country who will be in Cincinnati September 29-October 1st for Everywhere Else Cincinnati: