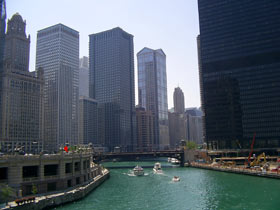 “Capital investments like these in Chicago’s growing companies are solid proof that what is happening for our technology sector will have a lasting and substantial effect on Chicago’s economy,” said Mayor Emanuel. “These companies are creating jobs and the technologies they are developing will shape the future of the city’s economic landscape. I am proud of their success and I look forward to working with all of these companies as they continue to grow.”

The biggest raisers were Network Merchants with $100 million, Cleversafe with $55 million, and Avant Credit with $20 million. Additionally, the breadth and depth of Chicago’s growing digital economy was evident in this fiscal quarter with nearly 40 startups receiving funding, 19 of those raising more than $1 million or more. 44 new startups came online. 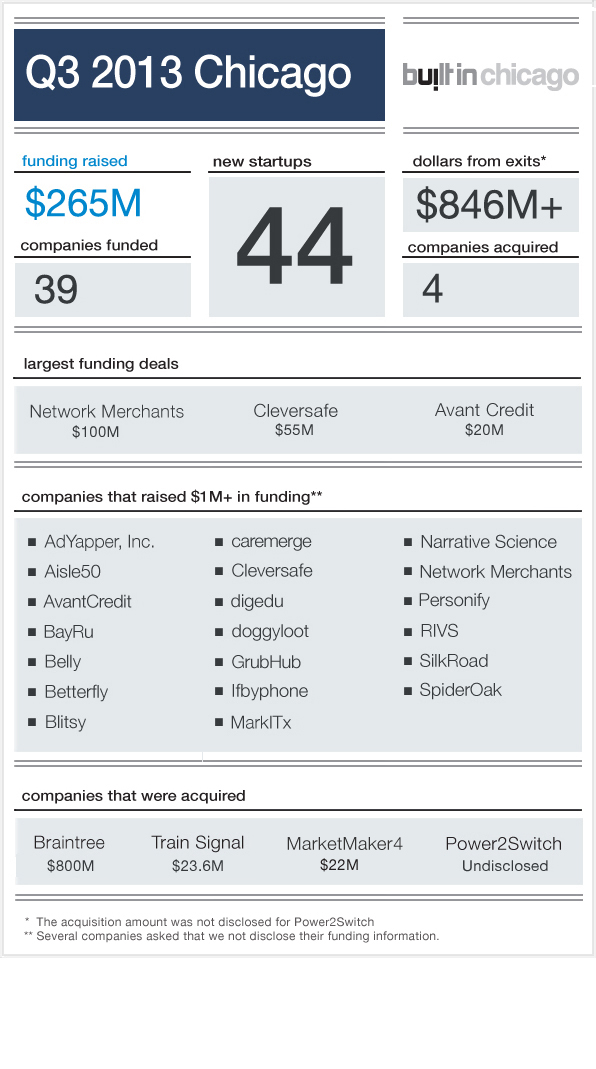 Matt Moog, founder and chairman of Built in Chicago added,  “The growth of funding and new digital technology startups being created combined with the breakout growth of companies founded in the recent past is helping fuel a job creation boom in the digital sector.  And there is more to come.  We are seeing the benefits of a culture of innovation and risk taking.”

Last week, Built In Chicago released the Top 100 Digital Companies report on the Chicago technology sector, which had some outstanding news for Chicago’s digital technology sector. In 2012 367 startups launched– that is one new startup every 24 hours in Chicago (up from one every two days in 2011). The total employment in the tech sector ballooned to over 40,000 people, up more than 20 percent from the previous year. And more than 1,500 technology companies now call Chicago home.

The diversity of Chicago’s technology companies is also notable.  No sector of the digital economy occupies more than 33 percent, ensuring that all five major sectors (software, ecommerce, agency, consumer web, and b2b web) have a significant share of the digital market. Additionally, 90 percent of the technology companies in Chicago are now more than 5 years old, meaning that there is a level of maturity in the companies as they move into the next stage of their development.

Chicago is preparing for Chicago Ideas Week next week, which will bring together entrepreneurial speakers, innovators, and thought leaders from across the country to Chicago for a week of amazing discussions, talks, lectures, hacking and more. You can find out more about Chicago Ideas Week here. 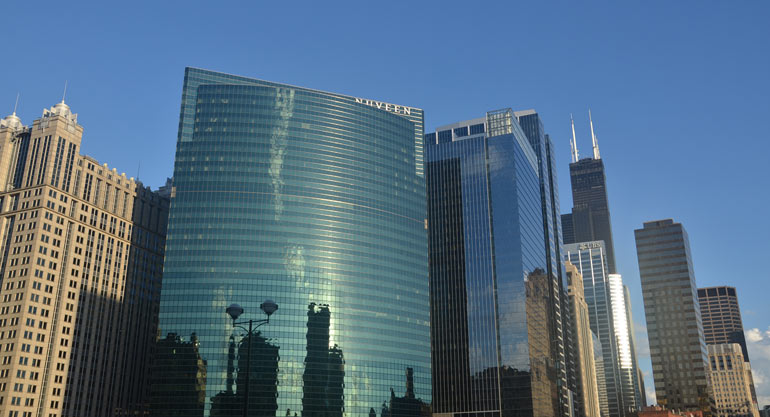 We travel all across the country and check out startup communities and ecosystems everywhere else. One of the ones that caught our eye early on is Chicago.

Going back to the early 1900’s Chicago has had hustle. Much like many don’t want to succumb to the fact that drug kingpins (the ones that don’t get caught) are the grittiest of hard working entrepreneurs, Chicago has heart, hustle and loyalty that can date back to the seedy underworld that once played home to the most notorious of gangsters Al Caone and later Sam Giancana.

Why in the world did I go there? First off it’s history but secondly the Chicago startup ecosystem is an extremely loyal bunch. They help each other in good and bad and they lift each other up whenever and where ever they can. That’s why, despite the fact that Chicago produces 100 startup events a month, the entire community comes out for Chicago TechWeek.

Staples in industry like United Airlines, Fannie May and Sears grew up in Chicago, with countless others.

And then when technology took off (and despite what PandoDaily once said) BOOM! Chicago’s tech ecosystem and infrastructure skyrocketed which is still what it’s doing today.

Most recently we know the stories of GrubHub and Groupon but back in 1984 (yes 1984 before many startup founders were born), IT mail order powerhouse CDW was founded in Chicago. Millions of people have bought computers, storage, printers and other peripherals from the three letter giant.

Chicago also revolutionized and re-invented the classifieds department across multiple categories starting with CareerBuilder in the mid 90’s. Then in the late 90’s cars.com and apartments.com launched, in Chicago.  Chicago also has one of our favorite regional startup sites to visit, builtinchicago.com.

Let us also not forget that Motorola is based right outside of Chicago.

All of this is why one of Chicago’s other big startups, BigMarker, went ahead and made this trusty infographic highlighting the history of Chicago’s Tech Scene as a celebration of their tech community on TechWeek.

Oh and regardless of size, Chicago holds one mean tech party during TechWeek second only to the VegasTech party at SXSW. 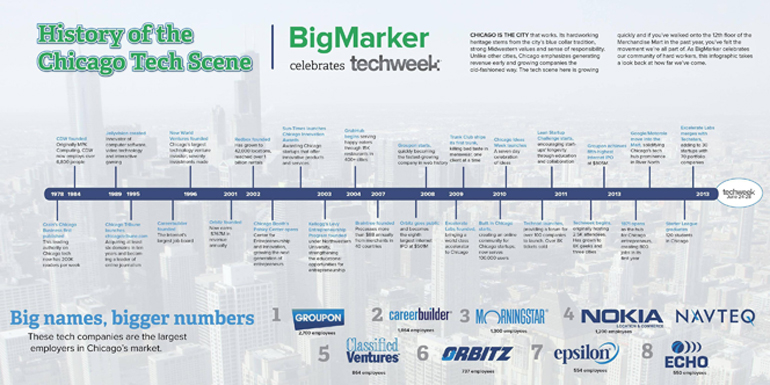 Click here to actually read or print this thing (enlarge) 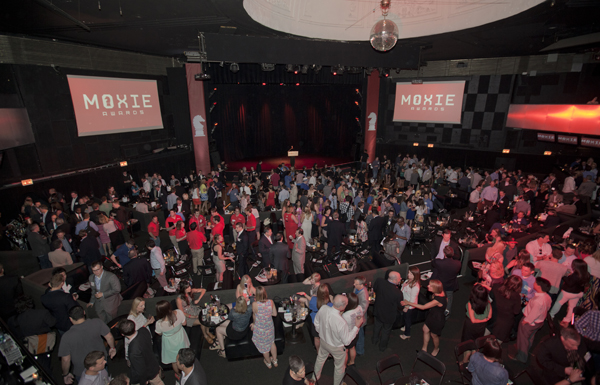 Built in Chicago held their second annual Moxie Awards on Thursday night at the swank Park West. Over 800 entrepreneurs, techies, and local dignitaries packed the ballroom for the awards, which highlight the city’s rapidly growing tech scene.

Chicago’s Mayor, Rahm Emanuel, who has been in the spotlight lately for his city’s climbing crime rate, took a break from the negative to highlight the positive. The event comes just a week before the national tech spotlight shines on Chicago Tech Week.

“The Chicago technology economy is vibrant and thriving,” said Mayor Emanuel, according to Built In Chicago. “The entrepreneurial spirit and innovation we see is creating jobs and opportunity now and will have an impact on the city for years to come. I look forward to working with all of these companies as they grow and evolve.”

Next week’s Tech Week event is expected to draw a crowd of a few thousand to Chicago’s Merchandise Mart, home to 1871. TechWeek will feature an exhibition area, several panels, and speakers including the creator of CRM, Mike Muhney, and the boisterous founder of MegaUpload, Kim Dotcom via video feed (Dotcom can not currently travel into the United States).

Here are the 2013 Moxie recipients, reported by Built In Chicago..

Startup of the Year: Belly 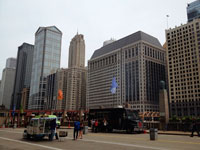 Chicago recently played host to a great regional tech and startup conference called TechWeek 2012. Judging on the activity at the conference and the legendary after parties it should be no surprise that startup activity in Chicago is big. How big? Try $188 million dollars big of 25 startup companies. Two companies; Dealstar and Tribeca Flashpoint Acacdemy also exited in Q2 without disclosing financials behind their deals.

GoHealth received the most money in Q2 2012 with $50 million by Norwest Equity Partners. Valence Health came in second place with $30 million. In the tech space Singlehop led with $27.5 million. Total Attorneys was second in the non health space with $15 million.

Chicago’s startup de jour, Belly, pulled in two rounds of funding in Q2 for a total of $12.5 million. Lightbank Capital and Silicon Valley Bank teamed up for a $2.5m round for Belly in April and Silicon Valley powerhouse firm, Andreesseen Horowitz invested $10m in May.

The bigger story for Chicago is that in Q1 2012 there was just $33 million in funding split between 17 companies.

Here’s the complete list of companies funded in Q2 from BuiltinChicago.com 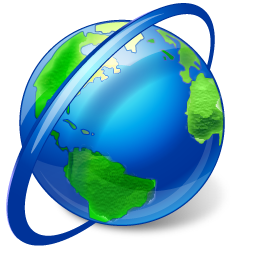 Are you familiar with Hotwire? Most people who travel all the time have either used Hotwire, checked Hotwire or know about Hotwire. They were the first on the hotel booking scene with blind box bidding on hotel rooms. The way it was originally designed to work is hotels would load up their unused inventory, you would see a price and general location but not the hotel name and you could get between 40%-70% off your hotel stay. They would tell you the name of the hotel and the address after you booked.

Hotwire doesn’t quite work like that anymore. Sure they still do blind box bidding but you get the same deals as you’d get with just about any hotel site. For last-minute booking the only app really doing it right is Hotel Tonight, but that’s another story for another day. 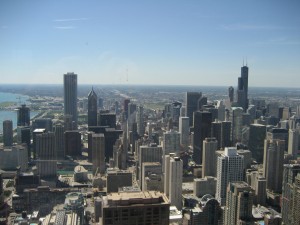 Whoever said Chicago didn’t have a thriving tech scene may need to crawl out from under their own angels and actually look at the facts. Builtinchicago.com has just released the Q1 numbers and they are mighty impressive for a town with no startup culture and entrepreneurs who are at home by 5:00pm.

Last week Pando Daily’s Trevor Gilbert struck a nerve in the heart of the midwest when he penned this piece: The Midwest Mentality. He spoke about a Chicago that didn’t live the startup culture life and how entrepreneurs there didn’t get it and went home at five pm.  Nothing could be further from the truth, just check out the news that comes out daily from sites like builtinchicago.com

We’ve even featured a bunch of startups based in Chicago including Planfast and KlutchClub and have plenty more on the way. Well it’s apparent that Illinois Governor Pat Quinn didn’t get that memo from PandoDaily as the Illinois state government announced yesterday they are backing a new 50,000 square foot tech center slated to open on May 2nd.

Chicago entrepreneurs Dan Schneider and Brian Doxey have launched a new start up called PlanFast. It’s a free web based service that allows you to plan just about anything visually rather than in a list form. As their video tour says, planning using PlanFast is as easy as scribbling a plan down on a piece of paper or using a white board.

When you check out PlanFast the first thing you’ll notice is the simplicity of it. As Doxey writes on builtinchicago.com:

There are a million ways to “get things done”, hundreds of “highly effective habits”, and dozens of ways to “map your mind”. These things tend to be complex, rigid, systematic, and intimidating for the uninitiated.

So essentially dumbing down the planning process makes it easier to plan things out and in effect easier to actually get things done.

Their introduction video shows how people who make lists for plans have no way to branch plans out, erase or interject something into their linear plan. On a white board or a sketched plan it’s easier to readjust pieces of your plan, check them off and collaborate.

Both Doxey and Schneider are no strangers to start ups, just two years prior they launched a cloud based browser loyalty program designed to reward people for browsing their favorite websites. Frequent Browser is currently incognito as the team adds new features to that service.

information from builtinchicago contributed to this story. If you’re an Illinois based start up builtinchicago.com should definitely be saved in your bookmarks

Companies like Shoe Dazzle and Sole Society revolutionized a new concept for busy people. These two companies send their “club members” a new, stylish pair of shoes every month. The shoes are roughly based on questions you submit when you join and most users are finding they get very stylish shoes.

The “of the month club” industry has expanded to cosmetics, purses, and now health and wellness.  Klutch Club is a woman owned start up based in Chicago. Founder Julie Bashkin.

Klutch Club was built on Bashkin’s background as an engagement manager at McKinsey and Company. In that position she served packaged goods and retail clients and noticed that her clients were struggling to engage customers in a multi-channel way and hardly any had a digital presence.