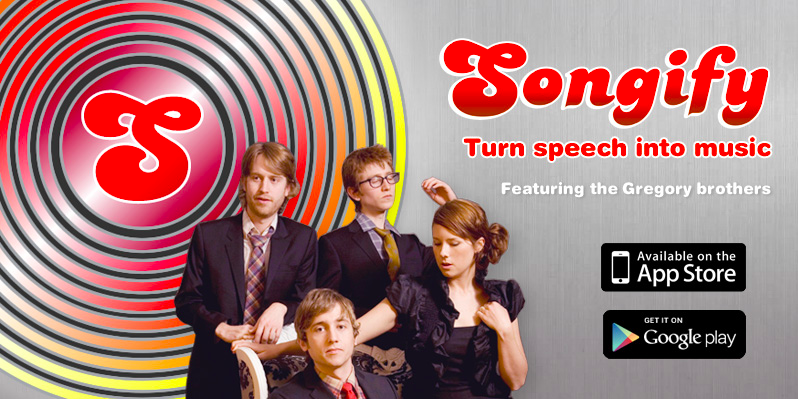 At CES 2011 (last years CES not this years) hip hop producer/artist T-Pain told us personally and on video, that the “I am T-Pain” app would be coming soon to Android. Well for whatever reason that didn’t happen. But, there’s good news from the same startup developer Smule.

In addition to crafting the “I am T-Pain” app for iOS, which makes anyone sound like T-Pain, Smule has released a handful of other, intensely popular, interactive “music” apps, including Songify. If you’re an Android user and you’ve every seen or played with Songify on a friend’s iOS device then you know how addicting creating your own songs with the app can be.

What makes Songify so great? Well we had a chance to talk with Smule ahead of today’s announcement and here’s what they said:

“Songify has reached 9MM users on iOS and over 120MM songs have been created to date. We get multiple requests a day for users asking us to release Songify on Android.
Our “secret sauce” is using sophisticated artificial intelligence technology to make music creation accessible to non-musicians. Anyone can make music with Songify. Just talk into the phone, and Songify turns your speech into melody. We also made the user interface super-simple, so everyone from the ages of 3 to 93 can (and do!) use the app with ease. When you make music creation so easy, it gives people a powerful new mode of self-expression. “

That’s  a lot of user created songs.
It’s been no secret that with midi api’s gone from Android since the release of Android 2.0, Android has lacked in the music creation category. Until now, all the cool creative music apps were on iOS only.
Smule released their popular Songify app to the Google Play store this morning. In addition to Songify and I am T-Pain, Smule is the developer of other hit music apps for iOS like Magic Guitar, Ocarina, Glee Karaoke and Magic Piano (which will hit Android next month)
If you can’t wait to try it, grab it here https://play.google.com/store/apps/details?id=com.smule.songifyin the Google Play Store.