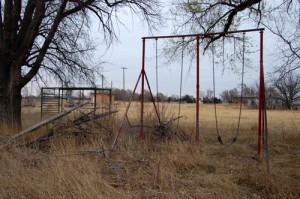 The first thing you need to know about Raynor is that he is a realist of sorts. Check out his personal website here and you’ll see that Raynor doesn’t pull any punches and he’s not wrapped up in self loathing bull shit. Most of his career as a digital strategist has been spent solving problems in government and politics through technology, which is exactly what he’s doing with his new startup Citizinvestor.

After being tipped off about Citizinvestor it was Raynor’s description of the platform that easily brought the idea home for me. Remember those days when a neighborhood would hold a yardsale, bake sale or spaghetti dinner to get new playground equipment, street signs repainted, or trees planted? Well Citizinvestor takes those ideas and puts them on the web for 2012. In the same manner that traditional, self crowdfunding takes panhandling to the internet.

There are so many civic projects that get shelved for one reason and one reason only, and that’s because they can’t get funded. Some new data analysts needed to crunch the numbers of how many Coke bottles vs how many Pepsi bottles were recycled last month’s salary is more important than replacing that slide that’s been ripping holes in the skin of the towns children for months. (boy that was a run on sentence).

The mulch at the neighborhood entrance that hasn’t been replaced in 12 years somehow keeps ending up on the bottom of the budget list.

So Citizinvestor has a couple of really cool purposes.

1. The platform helps raise the money for the projects that really matter to the people.

2. It puts the power in the hands of the people. If people stand up and donate for the new playground equipment, the city manager can’t take that money and buy more sticky notes.

3. It empowers the people.

Of course some may be outraged by this idea for crowdfunding civic projects. They may feel that it’s the responsibility of the government using the tax money they provide to the government. With that mentality though, projects will continue to get shelved so that more “important” budget line items can use those tax dollars.

I think as far as playgrounds, parks, library books are concerned, when people use Citizinvestor for those projects they’ll take ownership of them. After the slide and the swings are replaced, the townspeople may see how easy it is to come together and get things done and that the bureaucracy, while needed, can be cut through like a large ginsu knife on a stick of melted butter, when people ban together using Citizinvestor.

Here’s the link for Citizinvestor