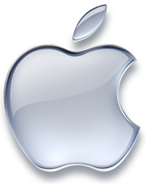 Many people who went out and purchased a “The New iPad” this past spring felt a little stung by Phil Shiller’s announcement that they were unveiling a new “4th Generation iPad” while on stage Tuesday morning. From the way they choreographed the announcement it could have been the iPad mini that Shiller was touting just about until the very end. However it wasn’t.

Apple has decided to release a new 10″ version of the iPad alongside the new iPad mini. The 4th generation iPad will feature a A6x processor which is rumored to be twice as fast as the previous processor. Like it’s immediate predecessor “The New iPad” this new, new iPad will feature a retina display and it will also incorporate the new “lightning” connector which is becoming standard for Apple devices.

But why re-up the iPad just six months after “The New iPad” release? There were many factors involved in that decision and both journalists and analysts have been hypothesizing about it for the past 36 hours straight.

The reasons that make sense include:

Apple wanted to put the iPad and the iPad mini on the same schedule, just ahead of the holiday rush.

Apple wanted to put the A6x processor into a full sized iPad but it wasn’t ready in the spring.

Apple wanted to hurry up and get the “lightning” connector into the iPad but wanted to wait until it had hit the iPhone 5 first.

Apple wants to speed up it’s iteration/production cycle to thwart off competition.

It could have been anything but it’s Apple and as we’ve seen Apple does thing their own way.  Being an early adopter though, a speed up in the Apple cycle could prove to be costly not only to myself but to many early adopters.

Personally, the verdict on the iPad 4th generation isn’t in just yet for me. I’m not sure if it’s a significant enough upgrade to actually warrant the change from “The New iPad” to this iPad 4th generation other than the fact that it’s the latest model.  If you’ve read this piece here at nibletz.com then you know that I’ve been an Apple computer guy my entire life. I usually sit out a cycle when upgrading Macbooks and iMacs. Typically I take an iMac upgrade, and skip the next, the year I skip the iMac upgrade is the year that I do the Macbook upgrade.

The problem this time around is that it’s technically MacBook upgrade year but the iMac looks so great. Also, I upgraded my MacBook three months ago under Best Buy Black Tie protection. I had decided to get a MacBook Air because of our extremely tough travel schedule but the trackpad went out multiple times for multiple replacements and of course, after the second time the trackpad was rendered useless Best Buy gave me a credit. I then got the newest 2012 13″ MBP.

An upgrade on all fronts could prove to be a very costly endeavor.

I do know this though, after running a high profile Android website for three years and testing or using over 200 Android devices in that time, I was very well prepared for Apple canibalizing “The New iPad”

Is your startup in the Startup Village?