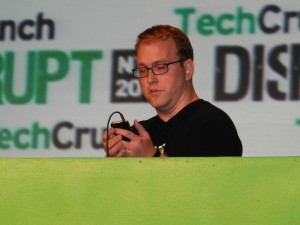 Back in May we brought you the story about Philadelphia startup Snip Snap App. We were so intrigued with the concept behind Snip Snap, that we actually posted this story, before founder Ted Mann got off the stage at TechCrunch Disrupt NYC.

Snip Snap App has saved me over $400 personally since last May. The concept is simple, it’s a wallet for your print coupons that allows you to crowdsource print coupons from other users. Now if you’re a real coupon king, or coupon queen, then you know that different regions have different coupons. With internet coupons on the rise, and more and more stores accepting coupons on phones, Snip Snap App is poised to save consumers hundreds of dollars.

Snip Snap App allows you to take photos of the coupons out of your local inserts, post them to the app and the community and then report on their success rate in usage. Gigantic nationally known chains like Kohl’s, Best Buy, Target, Old Navy, Aeropastle, Toys R Us and several fast food chains honor electronically stored coupons from just about anywhere, even if they say “some restrictions apply”.

If you’ve snipped a coupon that doesn’t work on redemption you simply report that in the app for others to know. Users can search coupons by name, location and more and they can see how successful those coupons have been by others that have actually used them.

With the biggest shopping day of the year behind us, we thought it was a great time to check in with Mann about Snip Snap and see what, if any, surge he saw in Black Friday.

How have things been going since the last time we spoke in May?

Great. We’re on the verge of launching SnipSnap 2.0, which is a major step forward, and available for both iPhone and Android. This release will include a whole new system for following and connecting to other couponers. Simply by connecting via Facebook or Twitter, you’ll be able to build an activity stream of all your friends and family, and share coupons with them. The new version also has dramatically improved Search, Passbook integration, ability to organize coupons into bundles, and backup/sync across devices.

Do you have any user milestones to report?

It seems everyone is reporting that mobile shopping was a key factor in this years Black Friday, what kind of impact did Black Friday have in SnipSnap?

We’d just hit 300k users last week, then saw another 20k over this holiday weekend! Wild. Doubly surprising since most stores don’t really let you combine coupons with Black Friday sales — but presumably people were just looking for deal and savings apps of all different stripes.

What were the top performing coupons on the platform?

For Black Friday? Again, not a big holiday for couponing. But  the Kohl’s and Toys R Us coupons were the most popular.

It seems from our conversation with Ted, that this Black Friday people were concerned with overall savings and not just “Back Friday” deals. Now that the holiday shopping day is over, people across the country can download and start using the Snip Snap App right now and continue to save money.

While the Snip Snap community continues to grow, you don’t have to post a coupon to take advantage of the other coupons in the app. We’ve found some incredible deals using Snip Snap App over the past several months.

More startup stories from “everywhere else”

Are you coming to “Everywhere else’ the largest startup conference in the world?