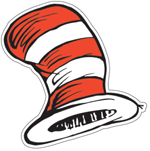 While here at nibletz we are the “voice of everywhere else” Dave McClure, Sith Lord at 500 Startups and founder of Geeks on A Plane, is the reigning king of “everywhere else”, to prove that his first investment in a German startup has just been revealed. McClure has invested $100,000 in comparison platform Versus IO.

We’ve been covering the German startup since earlier this year and even had the opportunity to interview their CEO Ramin Far, earlier this month.

Versus IO in it’s simplest form is a comparison engine that allows  you to compare two different things side by side. With Versus IO you can compare gadgets, electronics, and even cities. They are quickly ramping up to having 640 different comparison verticals.

It’s not just a “hot or not” style comparison either, for instance in their cities comparisons they use over 100 different factors including: education, crime rates, climate, infrastructure, safety, economy, business, culture, people and a whole lot more. What makes the platform truly unique is the fact that they aren’t in the business of selling things so there’s no chance that the comparison’s get skewed over things like price, discount and offer.

“We’re extremely excited about the investment from Dave and the role he will play in helping to take VERSUS IO to the next level in terms of what we offers users and the direction of the business”,  Far, said in a statement. “Dave’s experience of working with growing companies will be invaluable for us moving forwards. 2013 has the potential to be huge for us to be even more successful than 2012 has been.”

This $100,000 investment is the first for McClure in a German company and it appears that it’s separate from the 500startups fund.

More startup news from “everywhere else”

Check out some of the 500startups graduates at everywhereelse.co The Startup Conference