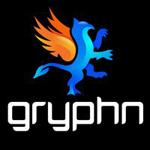 “we are still discovering all the problems that Gryphn solves. People come up to us at events and tell us how our products can be used for public notaries, insurance resellers, journalists… you name it. We are staying focused to solving regulatory compliance problems for Healthcare, Finance, Government, Law Enforcement, First Responders and Defense.” Gryphn’s CEO and co-Founder Navroop Mitter told us in an interview.

Back in June the team had grown enough that they took over the space of fellow DC Startup JESS3 which relocated to Los Angeles.

Much of their success is coming from innovating in the security space in the sectors where security matters most.

We got a chance to catch up with Gryphn. In the interview below they reveal how they got their name Gryphn. Check it out:

You flip the switch to “ON” and suddenly your texting is encrypted.

Navroop Mitter is Gryphn’s CEO. Prior to co-founding Gryphn in 2011, Navroop worked at Accenture, expanding the influence of the Scandinavian Security Practice and launching the Argentine Security Operations Center. He has also worked at start-ups in Boston and Southern California.

Aaron Huttner is CTO at Gryphn where he oversees development of core privacy products, product strategy, and mobile technology community involvement initiatives. Before co-founding Gryphn, Aaron worked at a DC-area digital marketing start-up. An Ohio native, Aaron is listed as an inventor on multiple patents currently under review at the US Patent & Trademark Office.

Before Bobby co-founded Gryphn, he held a leadership role at South Asian music label Three Records where he directed communications throughout North America, the UK, and Asia. Prior to Three Records, Bobby started his own government-consulting firm while attending George Mason University.

There are a variety of startups, startup groups and events including: Geek2Chic, DC TechCocktail, DC Week and many others.

It helps that our product is a problem solver for regulated industry — it is convenient to be in such proximity to the regulators themselves. They are the ones most ardently interested in conversation and it helps that they need this stuff too.

How did you come up with the idea for Gryphn?

Our founders are serial entrepreneurs who have worked with the federal government and in security practices for the past 10 years. Creating a user friendly, simple, free to the public solution that solves regulatory problems seemed like a no-brainer.

We don’t believe in vowels.

What problem does Gryphn solve?

Actually we are still discovering all the problems that Gryphn solves. People come up to us at events and tell us how our products can be used for public notaries, insurance resellers, journalists… you name it. We are staying focused to solving regulatory compliance problems for Healthcare, Finance, Government, Law Enforcement, First Responders and Defense.

Our team is about as bizarrely diverse as they come, which really helps us develop ideas, problem solve and maneuver creatively when we’re in a tight spot. Brainstorming sessions are particularly entertaining as everyone in the office is fond of, shall we say, “spirited discussions”. Whether the topic is the dubious health effects of caffeine, football teams or how best to position ArmorText in the market, everyone has an opinion and you won’t leave the room without having at least one of your perspectives shifted for good.

We are bootstrappingly handsome and moderately funded, always open for more though.

What is your goto market strategy?

Find a need and meet it, which has been surprisingly easy. It seems that protected messaging for BYOD in regulated industries is a timely subject.

Gryphn was founded after our CEO was involved in a car accident, which realigned his priorities permanently. Since then everything has been challenging and crucial, so much so that we have adjusted to it as a way of life.

Today SWAT teams and Hospitals, tomorrow, the world! Our dream is to see encrypted texting in the hands of every smartphone user on the planet. We offer our product for free for this very reason. Everyone’s text messages are vulnerable to theft, misuse, legal action and government snooping when they are sent in plain text. So… let’s stop sending them in plain text! Besides, James Bond style (insert sound effect) single touch encrypted messaging is SO much cooler.