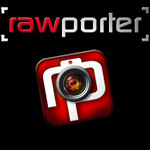 Imagine if you could make money by simply taking video of something newsworthy with your smartphone. This new form of reporting is called citizen journalism and startups like Charlotte NC’s Rawporter are at the forefront of this wave of crowdsourcing the news.

Rawporter was founded in 2011 by Kevin Davis and Rob Gaige two marketing executives who left their cush office jobs to to dig into the trenches of startup life and make everyone, potentially, a Rawporter.

The idea came to Davis and Gaige after they were eating at one of their favorite local Uptown Charlotte restaurants. While they were dining there was a rather big car accident right in front of the restaurant. Naturally smartphones were up in the air taking video and pictures at the scene. What Davis and Gaige noticed was that the official news stations didn’t arrive until the accident had cleared.

They, along with several others, sent their homemade videos into the news stations but none of them actually aired. Sure there some of the national cable stations ask people to send in their videos but localized rawportering hadn’t broken through.

Now Rawporter has become a platform that allows bloggers, journalists and even tv stations to crowdsource news footage and has a mechanism for citizen journalists to get paid for their videos. For small one to three man blogs, Rawporter is a great way to get video coverage of events they can’t otherwise attend or report on.

We’ll be sharing a lot of our CES video coverage on Rawporter for free. Other blogs are welcome to use the video coverage that we supply via Rawporter, all we ask is that you credit nibletz.com with a source link.

While we’re giving our videos away, if we wanted to we would be able to sell them for whatever we would like.

On the flipside if we needed video from CES or any other event we could put out a call for an assignment, let the community know how much we were willing to pay and voila we would have our video like we were there.

Check out our Rawporter CES coverage once CES officially gets rolling. We will link to it here on nibletz.com on the right side bar.

Rawporter is also the official on-site video sponsor for the biggest startup conference in the U.S. everywhereelse.co The Startup Conference, for tickets and info click here

View all articles by Mike Hoffmeyer