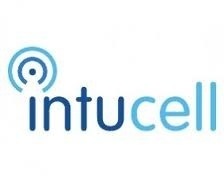 An Israeli company that created a technology that allows cell phone towers to communicate with each other, has just been acquired for $475 million dollars.

Business Insider reports that Israeli startup Intucell, started four years ago, and prior to this acquisition, had only raised $6 million dollars. The initial investment round had one investor, Bessemer.

After Bessemer’s investment was reported in 2011, AT&T quickly started using the technology.

On Wednesday, All Things D suggested that this was a very good investment for Cisco. The report by Arik Hesseldahl suggests that strategically this makes sense because of the relationships that Intucell has with wireless carriers globally.

Another key factor is the technology deals directly in computer aided, customizable software to control networking.

The idea is basically this: Software controls can define and dynamically control the size and configuration of a network, rather than swapping out hardware. Hesseldahl said in his piece.