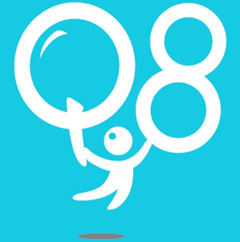 One of the biggest things I have struggled with since I’ve been in the startup community is explaining my position on the startup vs. small business debate. Some consider me a startup snob or a startup hipster. This debate is compounded by the fact that everyone seems to have an opinion on the issue.

Take for instance Green Girl Produce, a Memphis based company that pitched and built at 48 Hour Launch in Memphis back in October. The concept is an urban farm. Granted it’s not Joe’s Dry Cleaners, but many people decided to take me to task when I penned this piece about Green Girl.

The debate for me isn’t necessarily about technology, or web based technology. It’s about creation and innovation. In that post I wrote:

“The debate about “Startup vs SMB” in Self’s case has NOTHING to do with technology. There is another woman in Memphis who has come up with a new way to remove acrylic nails without the harsh abrasiveness and damage to the nails that traditional methods have caused. To me, the young lady with the nail solution is a startup. Green Girl is not.”

Today while perusing Brad Feld’s version of Hacker News, The Hub at Startup Revolution, I came across a post by Kuwaiti startup community leader Abdullah Alshalabi. Obviously he’s struggling with the same thing. Here’s how he explains it on his site StartupQ8

In a Startup you are:

In a Small Business you have: 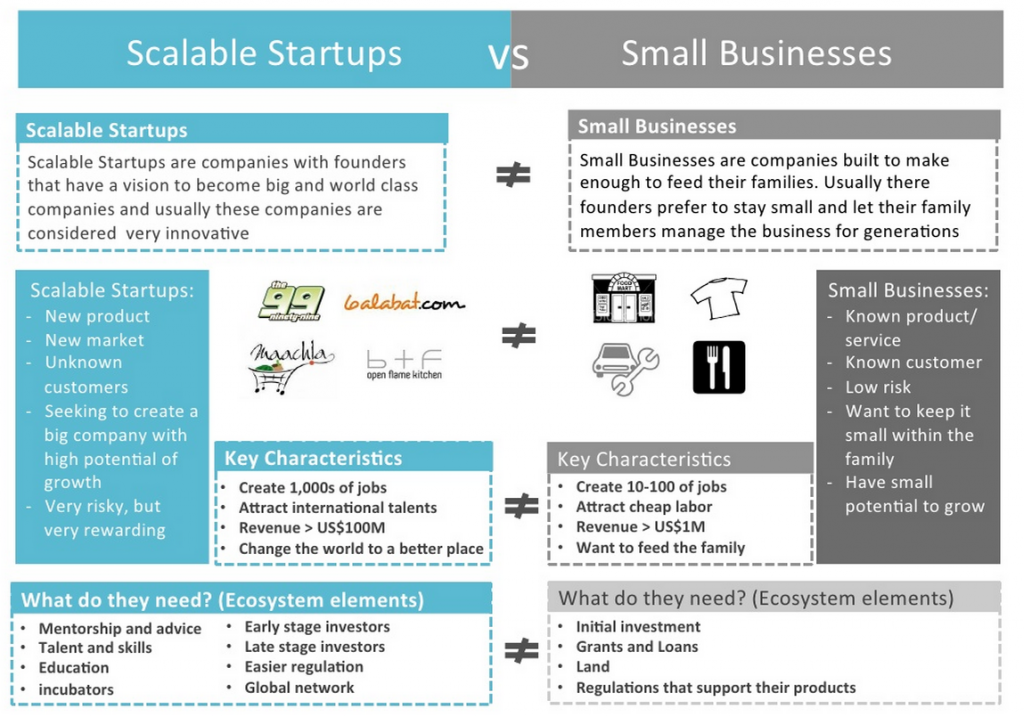 I definitely agree with most of the items in both lists. I’m not sure that a startup needs to employ 1,000 people in the long term. Revenue more than $50 million may be debatable as well, but the general consensus that you are creating a new product or tackling a new issue with your company are things I definitely agree with.

So I’ve said this a lot on nibletz.com and when speaking on the topic of startups, startup communities or startup vs small business, every startup founder is an entrepreneur, every entrepreneur isn’t necessarily a startup founder. There are several great entrepreneurs out there. In Memphis there is Shawn Tuohy for instance. He’s a restaurant entrepreneur he’s built his company into one of the biggest fast food franchisers in the region with over 80 establishments. Tuohy, also known for his infamous adopted son Michael Orr and the book and movie The Blind Side, has done very well. He’s a successful entrepreneur. Was he ever a startup founder? No.

You can check out Alshalabi’s entire post here. Every community needs small businesses. Luckily for them many communities have a support infrastructure in place, that’s been in place for several years. Small Business Councils, Chambers of Commerce and other organizations both big and small have always supported entrepreneurs.

Incubators, accelerators, and organizations like those are the support infrastructure for startups.

Check out one of the largest startup conference in the world, everywhereelse.co The Startup Conference