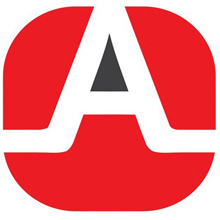 “As long as the world is turning and spinning, we’re gonna be dizzy and we’re gonna make mistakes.” – Mel
Brooks

This is Devie. Besides being the avatar of cuteness he’s an eccentric mobile app developer. Devie is quite
skilled when it comes to the mobile landscape in general and as such it would be wise to pay attention to
what he says.

The mobile app world has passed its infant phase but it hasn’t quite reached full maturity yet and many
developers and companies still make mistakes when it comes to putting out apps on the market.

To this end, Devie has helped us in making a list of the top 10 overlooked mistakes when developing and
managing apps. Heed his words carefully, otherwise, you will make the same face when disappointing your
clients and users, the same face Devie makes when he tips over the coffee cup (which happens roughly twice
a day).

Without further ado, let’s take a look at the top 10 mistakes:

Apps are built for real people and not ,,the idea of people”. In other words UX or user experience. User
experience doesn’t mean just the interface. The UI is just a part of it. UX is everything from the moment
when the user finds out about the app, reads the description, installs it, sees how it works, when he needs
it, if he smiles, if he frowns in confusion, etc. When designing an app, think about how your regular user will
react to it.

Your app should have a precise functionality in mind, a natural flow like opening a book and an intuitive
design. A user shouldn’t be forced to study an app manual to use a mobile application. Especially if he pays
for it. Always remember : the end user experience is your primary goal.

# 2 Your mobile app looks like a quantum mechanics diagram

In other words, complexity doesn’t necessarily imply cool design no more than simplicity means the absence
of it.

In the case of smartphones, think about the iPhone for example. Do you really want to put 20 buttons and
features on a small screen? Just because you can code your app to do anything you’d like, doesn’t mean
you should. Unless you need an app with a lot of details (such as a media and entertainment app), your
app will take time away from a user instead saving time. Often times, simplicity wins 9/10 over complexity.
App functionality and design shouldn’t be drowned in useless buttons, unnecessary scrolling and being so
complicated that it makes you forget how you got to a certain section within the app.

So you have a brilliant idea about creating an app. You’re going to corner the market. People will praise you
and cheer you on the streets. You’re the new Michelangelo. You might have created the new Sistine Chapel,
but unless you find a way to put it on a 3,5 inch screen you’re just going to let all that work go to waste.
Instead of trying to paint as many details into your app as possible, let them appear one at a time so your
users aren’t faced with a maze of buttons and too much detail. Let them savor the experience.

There are a lot of apps out there that have the potential of growing but they were built with only a few users
in mind. Unless you’re intentionally putting out one time apps, you should take into consideration that one
of the reasons you are developing mobile apps, is because you want to reach as many people as possible.

Think about this one. What would have happened if the moment when Angry Birds really got popular,
the app was only designed with limited playability and only for a few thousand users? it would have
become ,,One of those games I played for a couple of days and that’s all“. ,,That’s all” isn’t the phrase you
want to hear when your app is reviewed.

# 5 The app itself isn’t your main source of revenue

The main source of profits isn’t the mobile app. In-app purchases and in-app advertising are. In 2012, more
than 3/4 of the global app revenues came out of in-app purchases. Don’t forget the interactive feature of in-
app currency, for example customer points when shopping. Most apps are sold for 99 cents or $3. You might
reach 2000 users, but your only going to make $2000-$6000.

Developers aren’t different from rockstars. No, developers, you’re not the next Jimi Hendrix…yet. We’re
talking about the fact that most money rockstars make isn’t from cd’s and songs (especially with torrents
nowadays) but from concerts. They make their daily bread from offering interactivity and memorable
experiences.

,,Fact : Apps don’t make a lot of money. The content they deliver does.” – Devie

Such as it is, most apps are free anyway and all apps should be free. Why? Because psychologically speaking,
why would someone buy a product they haven’t even tested based on a 3 line description of how awesome
it is. If it isn’t free, then a free trial should be implemented so customers can know what to expect.
Monetizing mobile apps isn’t about selling the app. The app is a medium for revenue and not the end goal.

Not all mobile apps are madefor mobile ads. First of all, the smartphone or tablet is not a desktop pc. When
building an app, say for a restaurant chain, an ad that offers coupons or discounts might work. But right now,
banners and spray and pray ads are most likely to backfire on your user experience.

Another thing you should never do is integrate ads that have buttons looking like a natural extension of
the app. Spammy and intrusive ads that gobble up the screen when the user is in mid-use of the app often
begets negative reviews and complaints. Mobile ads are a tricky business. The question you should ask
yourself is :,,Will the ads cut into the user experience and make monetization impossible or not?”

There are a lot of apps out there that stand only to gain from updates and improvements that never seem to
arrive. Not all apps have to implement points of contact for developers /companies (such as a mail address
or forum), but it doesn’t hurt when you want to ,,actually!” see how your app is perceived and how it can
be improved from the users themselves. No points of contact sometimes means that you’re telling the
users ,,That’s all we offer and nothing more, so don’t bother us”.

Or even the very lack of push notifications for that matter. Apps such as news apps stand only to benefit
from the smart integration of PN’s and they keep users retention at good levels. However, poor PN planning
can ruin your app. PN’s should be relaxed like when a friend calls you and tells you about a good movie that
just came out. But if he’d call you every 5 seconds to tell you about every TV channel, you’d think about
choosing your friends more wisely wouldn’t you?

There are apps for example, that help you find coffee shops on the map. A badly planned PN would be when
every 2 minutes when a user walks an extra 600 ft, an annoying update about a coffee shop a few streets
away suddenly breaks his train of thought. Or if even disturbing users while sleeping is a guaranteed way

Analytics or another way of saying app behaviour and user behaviour is a must when you want to understand
what’s happening when your app is ready to grow u p and see the world. The ability to monitor and study
app usage, users characteristics, how long do they use the app, how many times and so on is vital.

Without analytics an app faces fully fledged uncertainty on the part of developers. Not knowing whether
your app really becomes popular or it has been slowly dying leaves you with a blindspot that’s going to affect
investment and results.

# 10 Targeting too many platforms or too few

Apps are fickle children and sometimes they want all flavors of the ice cream or other times just one.
Consider the value proposition of your mobile app. If you’re going for native on multiple platforms, then
really really take a few steps back and consider if it’s worth it. A lot of business /enterprise apps are
preferred to be on tablets due to the wide screen that allows presentations, pitches, reports and getting
quick news from business blogs and magazines.

Rather than developing for 3-4 mobile platforms, such as iPhone, Android, Windows Phone or Blackerry,
make careful considerations about this next question : Can I waste valuable resources such as time and
money developing for multiple platforms while my competition puts out an app before me?

Going for a one size fits all is good in a lot of businesses but the technology for doing this in mobile apps isn’t
here yet. Rather than targeting a lot of platforms, develop an good and polished app for one or two main
platforms such as iOS and Android.

Conclusions : These are just a part of the big questions and mistakes you can make when developing and
managing mobile apps. Other things we could highlight would be : little or no integration with the device’s
native features, apps that are developed requiring user immobility which is the exact opposite of ,,being
mobile”, lack of social network implementations and so on.

The main key ideas you have to keep in mind is UX and targeted needs. Like Rebecca Flavin , CEO of Denver-
based Effective UI said some of the elements of UX: usable, useful and enjoyable. The three cherries of
creating an interactive and engaging user experience.

Take heed of what Devie said and as a company or developer you’ll be able to brag to your friends that you
saved thousands of dollars and created stunning apps because you listened to a puppy.

P.S. – We wanted to put the cherries on top but Devie would have ate them before we got to the end.

This is a guest post by Appscend (www.appscend.com) — the all-in-one cross-mobile performance based
application platform. Appscend offers its customers the fastest cross platform development technology
available on the market today together with a complete list of backend technologies that ensure application
& user management, a powerful push notifications platform as well as app analytics, ad-integration, in-app
purchases and over-the-air distribution services.