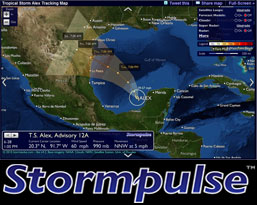 On Friday at SXSWi, Capital Factory hosted a pitch off featuring 6 startups that are “immune to the Series A crunch”. Despite the fact that all of the startups talked about raising a Series A round, the concept behind the pitch contest was that these 6 startups didn’t need a Series A to get to profitability.

Getting startups to profitability, rather than rolling the fundraising dice, is the backbone behind The Capital Factory, the biggest accelerator in Austin Texas and one of the driving forces behind the Austin startup community.

Capital Factory Managing Director, Joshua Baer, hosted and emceed the pitch contest, highlighting the fact that when startups can’t raise a series A they often times find themselves closing their doors.

While all accelerators would love to see their cohort startups raise additional funds, get to profitability and create jobs, Capital Factory hones in on what it will take to get them to profitability from the onset of the program.

Getting to profitability is actually a theme for Austin’s startup community, one that’s echoes from multiple points. In a panel earlier in the day, Austin angel Rick Timmons said “I ask each and every startup how they are going to get their first customer and get them to keep coming back”.

Storm Pulse was one of the six startups to pitch in this “Startups Immune To The Series A Crunch” pitch off. Their idea is great and could save companies hundreds of millions of dollars.

They take historical weather data, predictive weather data and a company’s supply chain data and put it all on a map. This shows their client companies the impact a natural disaster or other huge supply chain disruption, could have on their business and their bottom line.

Co-Founder and CEO Matt Wensing had some startling remaks in his presentation. One of those being, that 2012 was the worst year for natural disasters disrupting business since the 1970s.

Check out the pitch for this very interesting startup below and for more information visit stormpulse.com