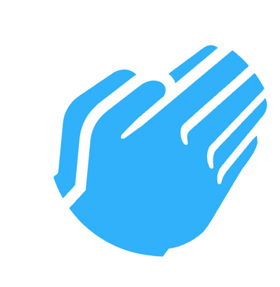 The old lady in “The Clapper” commercials would be very proud of Israeli startup, ClapTo. We found them in the Israeli pavilion at TechCrunch Disrupt NY 2013.

Shay Dadush, the founder of ClapTo, created the starutp after experiencing a real world problem that many workers face. Whether you work in a customer service center, data entry office, or coworking space, if you work with headphones on, communicating within the workplace can be a challenge.

“Sometimes you think someone wants you and they don’t, other times the boss wants you and you don’t hear them” Dadush told us at Disrupt. That’s why he created ClapTo.

ClapTo is a piece of software that fits ontop of your audio settings and listens for two claps in a row. If ClapTo hears the right claps then it quickly pauses whatever audio source you’re listening to so that you can hear what’s going on around you.  Now all Mr. Lumbergh would have to do is clap two times to cut your music off so he could ask you to work this Saturday.

Dadush tells us that ClapTo knows the difference between the clapping, and someone making a loud bang.

This seems kind of cool but if ClapTo builds massive scale what’s going to happen when 30 people in the office have it installed and someone claps. Tell us what you think of ClapTo in the comments below.

Here’s the video, you can find out more at clapto.com