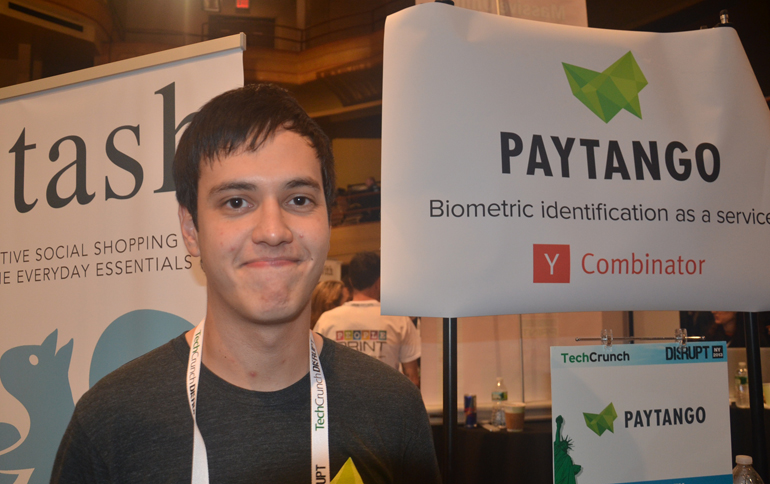 Last month we brought you this story about Pittsburgh startup, turned Y-Combinator company, PayTango. They were one of the first in the biometric wallet space.

When we spoke with PayTango co-founder Brian Groudan at TechCrunch Disrupt he acknowledged how crowded the biometric mobile wallet space has gotten after their videos and pitch decks started popping up online. We talked about New Jersey startup PulseWallet, that we met at CES 2013 and Groudan pointed out another biometric mobile wallet startup that was also in the Startup Alley at Disrupt.

PayTango was one of the first in the space and for now they are focused on smaller networks where they can really get a feel for the technology and what it can do.

What is PayTango and a biometric wallet?

Well by now everyone has heard the term mobile wallet. We all know that you can use your NFC enabled phone and other forms of mobile commerce without having to bring credit cards along. What PayTango and other startups in their space hope to do, is to eliminate the wallet altogether and use your finger print as your wallet.

Using a biometric wallet is not just easier and more convenient but it’s a lot safer when it comes to fraud.

PayTango tested on the campus of Carnegie Mellon University and has also tested in some health clubs as well. While students who signed up for the beta can use their finger print to pay for meals, there’s also the capacity to store your entire academic history in the cloud, accessible by finger print.

Groudan was actually excited about all the competitors in the space because it gives PayTango more market validation.

Check out our interview with Groudan below and for more info visit paytango.com