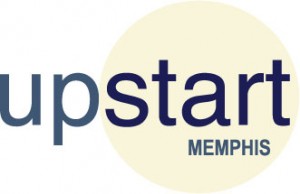 On Tuesday at TechCrunch Disrupt NY 2013, Alexia Tstotsis got some of the more influential names in the tech/vc community to talk about women entrepreneurs and venture capital. David Tisch offered this tidbit in regards to what really pisses him off when VCs are talking to women. Aaref Hilaly (Sequoia) offered this opinion on why there is such a divide. Hilaly also called everyone to task to help increase the number of women entrepreneurs ready for venture funding.

Eric Mathews, Andre Fowlkes and Elizabeth Lemmonds the team behind Launch Your City and Launch Memphis started a women’s initiative in 2012 called Upstart. Upstart is a multifaceted initiative with their latest phase coming into fruition now. It began with a meetup group, office hours for women entrepreneurs and a 48 Hour launch event for women founders.

Upstart is just one of the many startup community initiatives that Launch Your City has developed. They are also responsible for Seed Hatchery, a general tech accelerator that is two weeks away from their third graduation (demo day). Interestingly enough there are two startups in the class of six that have women founders; Boosterville and Mentor Me. A third woman entrepreneur, Rachel Hurley, started as a co-founder for one startup, Soundstache and has since segued to another team, Musistic. Hurley has always been active in the Launch Memphis startup community and took the challenge to apply to this years Seed Hatchery class.

In addition to all of this, Lemmonds, served as the moderator for the “Kick Ass Female Founders From Everywhere Else” at the everywhereelse.co inaugural conference. It was there and on a trip to Silicon Valley that Lemmonds continued to forge relationships with women entrepreneurs across the country, some of which will serve as mentors for the upcoming first session at Upstart.

The Upstart Accelerator basically starts as soon as Seed Hatchery graduates. The application deadline is May 24th and the application can be found here.Those accepted will be notified by May 31st. The session starts in Memphis at the Launch Your City Launch Pad on June 20th and runs until October 3rd.

Upstart participants will get access to the four M’s, mentors, milestones, money and Memphis. The Upstart team is encouraging women led startups from across the country and around the world to consider their program. Memphis is a great place to launch startups, cost of living is incredibly low and the startup community is close knit and growing. And YES their can be men on the team as well, but one of the cofounders must be a woman.

You can find out more here at upstartmemphis.com

See why this woman, and her husband, the founding CTO at Cha-Cha moved to Memphis for an acceleartor.