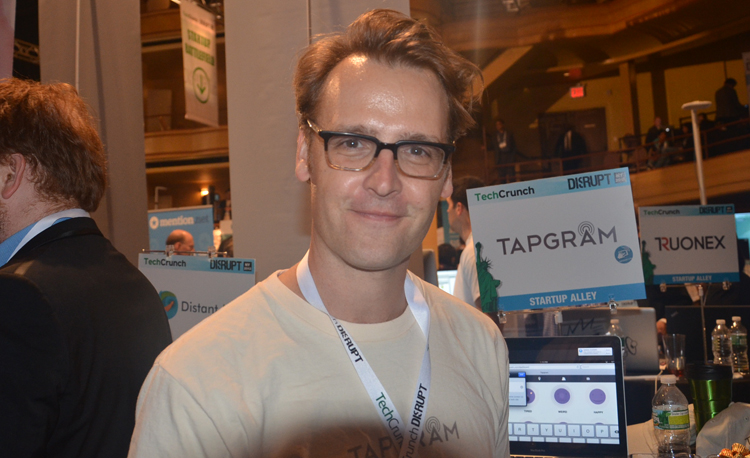 Here at nibletz.com The Voice Of Startups everywhere else, we’ve profiled a few startups that have made the lives of those living with autism easier. Often times these technology startups come in the form of mobile or tablet applications to assist with communication. Whether it’s picture based short messaging or assigning pictures and graphics to simple sentences, doctors have praised the work of those entrepreneurs creating these kinds of apps.

Chad Ruble, a New York based entrepreneur has created something similar, but this time for his mother, who suffered a stroke.

We met Ruble on our sneaker strap road trip when we stopped at TechCrunch Disrupt NY 2013. It was there that he told us that communicating with his mother was very important to both her and him. So he went to work to create a mobile app that allowed her to send simple messages that were assigned to pictures.

TapGram lets users communicate by tapping large icons to signify moods and needs. After suffering a stroke TechCrunch reports that Ruble’s mother has been dealing with a condition called Aphasia which prevents her from processing language the way that she used to. TapGram was born out of a Microsoft Kinect hack that Ruble put together to help his mom write emails.

TapGram has been in public beta over the last four months and Ruble has found that people who suffer from Autism, brain injuries and of course strokes are using TapGram to assist in their communication.

Check out our interview with Ruble below and for more information visit tapgram.com

This Pittsburgh startup has created a robot called PopChilla for kids with Autism.