With an official announcement forthcoming on Thursday morning at 7am, Startup America and Startup Weekend are joining forces for a new initiative called UpGlobal.

The Startup America partnership, started two years ago by AOL co-founder Steve Case and the Case Foundation, isn’t winding down, but rather “Winding Up” according to Scott Case (no relation), the current CEO of Startup America.  The new global partnership will connect entrepreneurs with their communities and the resources they need most.

While Startup America is based in Washington DC and received the blessing of President Barrack Obama at their launch, the new organization will be based at Startup Weekend’s headquarters in Seattle.  The collective new organization promises that “startup communities everywhere can expect stronger support and resources to better empower local leadership.  The root of Startup America, Startup Weekend and now Up Global is to enable and support entrepreneurs and startups to grow in their hometowns as companies and entrepreneurial communities.

UpGlobal is funded by the Case Foundation, Google Inc, Microsoft, Coca Cola, The Kauffman Foundation and more, according to the Wall Street Journal.

Startup America Regional Champions, myself included, were informed that this partnership was on the horizon at both the last Startup America Summit in Phoenix Arizona last month and in a regions conference call last week. Others not familiar with the plans have been wondering why with Startup America, still a startup itself, are they already merging. Startup America founder and Chairman Steve Case told the Wall Street Journal:

“We designed Startup America from the get-go as a three-year sprint,” says Mr. Case. “The idea was to see what could be accomplished in three years and go from there.”

“After evaluating the situation, Plan A was to stick to our knitting and wrap things up (as initially communicated and planned) and option B was to find a ‘go forward’ strategy.” Scott Case said.

Startup America laid the foundation for their work in their first year. In their second year they focused on growing regions, over 30 of them to date, through launch events, networking opportunities, educational opportunities and other resources.

At nibletz we attended, participated in and reported on several Startup America events including the launch of Startup Georgia, Startup Arkansas, CES’ Eureka Park, SXSW and several others. Most events helped forge new relationships between like minded entrepreneurs that could be across the street or across the country.

Each Startup America region participated in the nationwide organization in the way that fit them best. Some regions were extremely successful as Tech Cocktail founder Frank Gruber pointed out in this article, Startup Tennessee launched a major network of accelerators and brought together entrepreneurs from Tennessees larger cities like Memphis, Chattanooga and Nashville. Washington DC’s Startup America Champion Evan Burfield, and former Startup America Director Donna Harris formed 1776 the new hub of entrepreneurship in the nation’s capital. Other regions like Startup Maryland, Startup Arizona, Startup Florida and Startup Indiana have been very active throughout their time in the organization. 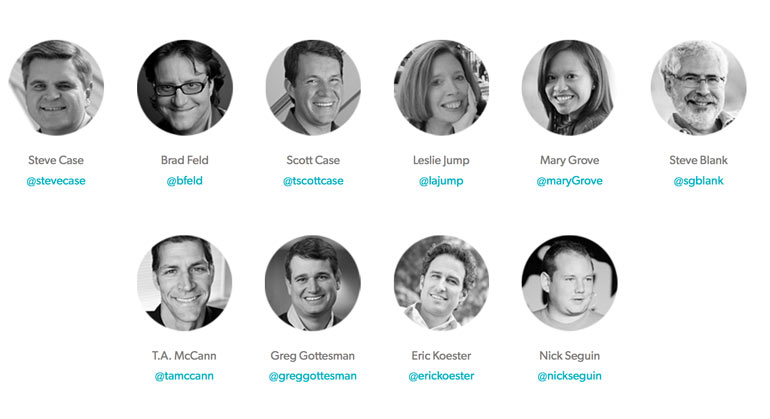 This looks like a natural, and great move for the Startup America Partnership.

As someone who’s been deeply involved with Startup America and a big participant in Startup Weekend I hope that going forward the organization grows as the directors of the new organization have laid out. My biggest concern comes from the “event nature of Startup Weekend.

In several cities that have had multiple Startup Weekend events the entrepreneurs who participate have continued to meet up, network and support each other. This is usually dependent on the frequency of events and the resources already on the ground, or forming in those cities. In other cities, like Memphis by experience, after the Startup Weekend event in July resources were somewhat limited.

With the intellectual, and social capital from the collective new organization it looks like UpGlobal will be able to provide ongoing support to the regions that Startup America has built to date.

You can find out more at their new site up.co

Check out more of our Startup America coverage here.