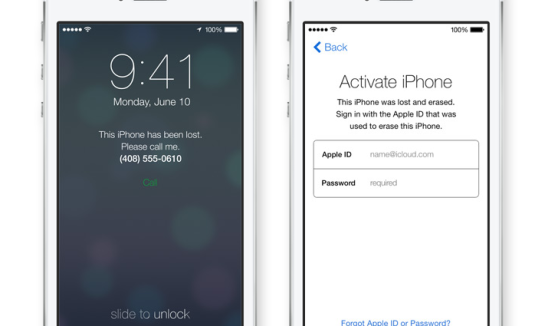 A stolen iPhone or iPad can be an incredibly big problem for a lot of people. The problem can get even worse for a startup founder. Often times startup founders have test flight, alpha versions of their product on their iPhone. They may also have proprietary user data and other really important information. Sure using a number code to unlock your iOS device can hinder some would be thieves, but plenty of them know the work-arounds.

Apple has baked a new feature called “Activation Lock” into the new iOS 7 operating system. The feature works side by side with “Find My Phone.” When the user loses their iPhone, they can use their iTunes account to disable that particular device from getting re-activated for any reason. In effect the stolen iPhone has just become a total brick.

Now of course, like “Find My Phone,” the user is going to be responsible for actually turning the service on. Once it’s on though, you’ll have the comfort of knowing that no one else can access anything on your device or get it reset and start using it as their own. As for actually getting your phone back, well, for now you’re on your own.

iOS 7 will be available to developers today and the public beginning later this fall.