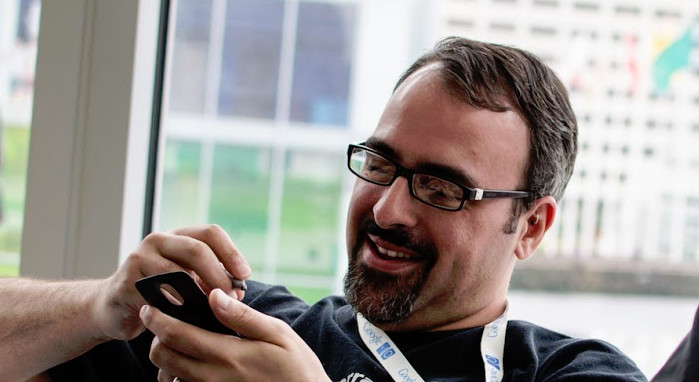 Cyanogen, Steve Kondik, is a name we wrote quite often at thedroidguy.com but a quick perusing through the archives of nibletz and since focusing on startups “everywhere else” (3/2012) we haven’t gotten a chance to talk about the Android developer who’s Cyanogenmod open source firmware changed the landscape of Android for millions of users.

After creating the initial Cyanogenmod the project became a community effort with several developers working on future releases of the firmware that when installed, allows users to take advantage of many of the benefits Google has in the Android Operating system.

Android’s biggest manufacturer, Samsung, took notice of Kondik and his work with Cyanogenmod. Kondik moved from his Pittsburgh roots to Seattle to work on Samsung’s Android team.

Now it turns out that he’s left Samsung and while it was unclear at first why the change, things are starting to come to the surface. Apparently Kondik has been hit by the startup bug.

Granted Cyanogenmod was like a startup itself, except for the revenue part, however it came to market before “startup” was such an uber cool thing. With years of development experience it’s really no surprise that Kondik is involved in a startup himself.

We reached out to Kondik earlier today who said the startup he is working with is still in stealth mode. He wouldn’t comment as to whether or not he was a cofounder but did tell us he hopes to release more information on the startup later this summer.

Kondik did however confirm that the startup he is working with (or is it on) is based in Seattle and it’s a mobile focused startup.  To that end he’s looking for developers, and shocker, they don’t need to be just Android developers.

Kondik told us today that remote working is a possibility but ideally a developer interested on working with this startup should be in the Seattle area (or perhaps willing to relocate).

Here’s what we can tell you about Kondik, since meeting him in person in 2010

– He’s an incredible guy to know, he’s extremely smart and willing to share his knowledge in a collaborative way, much the way Cyanogenmod evolved to today.

– Cyanogenmod turned into an astronomical success. While it’s open source and free, there are millions of Android users using the firmware.

– You can count on the fact that Kondik wouldn’t waste his time with something not worthy.

Cyanogen is looking for developers, interested in working on his next big thing? Venture over to his Facebook page.

This Athens Georgia startup started with a honey bee dance.