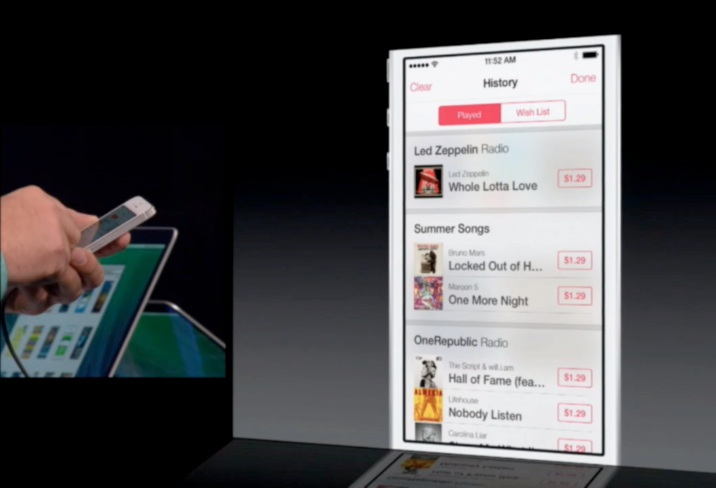 Almost a month ago, Google held their annual developer’s conference known as Google IO. At the conference over 5000 Google developers across all of their platforms gathered at the Moscone Center in San Francisco for three and a half days of pure Google.

In that same venue, more than 5000 Apple developers, across all of their platforms, are gathered this week for the World Wide Developer’s Conference (WWDC).

Last month Google unveiled a new product called “Google Play All Access”. During the ceremonious unveiling, Google touted all kinds of features that positioned the part-radio, part-streaming music, part-cloud library, customizable music platform as a Spotify killer. Unfortunately, since the unveiling we haven’t heard much else about it. For all intents and purposes Google’s new music service has gone the way of Google Music, which is far from Apple’s stranglehold on library functionality and Spotify’s streaming offerings.

Today, during the WWDC Apple announced iTunes Radio. This was one of the longest rumored announcements for this year’s conference, which is being held more 200 days since Apple’s last announcement..

iTunes Radio will give users a variety of ways to get “radio like” streaming services via iTunes. Without any customization an iTunes user will be able to use iTunes Radio to hear radio stations generated by algorithms based on what’s already in the users iTunes library. Apple has also curated several stations based on genre, very similar to Pandora.

The service will be ad-supported and free to any iTunes user. Those users who pay for iTunes backup service iTunes Match will get to use iTunes Radio without ads.

Apple plans to make money by selling the streaming tracks at regular iTunes store prices. When you’re listening to an iTunes radio track, a purchase button will come up that will enable a friction-less download of the song that you are listening to.

Apple has some advantages over Pandora, Slacker, and even Spotify because they already have 600 million devices on the market, which means 600 million iTunes users. They’ve also already negotiated their own licenses with most of the major labels. Billboard Magazine reports that Apple will pay $.16 cents per stream in addition to a portion of the advertising revenue. However, payments won’t begin until Apple reaches a pre-established threshold of users on the iTunes Radio service.

Will iTunes Radio bring the music streaming crowd back to Apple? U.S. residents will be the first to test it out.

Apple is throwing a curve ball to would be iPhone thieves.