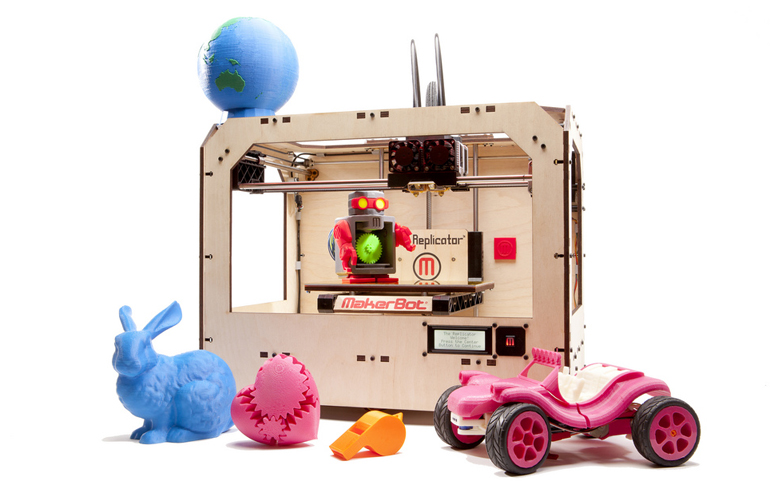 Makerbot, the Brooklyn startup that came on the scene in 2009 and made 3D printing a household name, has been acquired in a $604 million dollar deal.

Makerbot developed the first desktop 3D printer, dubbed the “Makerbot” and quickly sold out of the initial 20 printers they had ordered. Fast forward to just two weeks ago, the company opened up a 50,000 square foot factory in Brooklyn’s Sunset Park. In addition to the 3D printers, Makerbot has a consumer facing web platform called Thingiverse that allows people to upload their 3d printer plans and have them printed by the company.

Almost immediately after the opening of the new factory rumors started swirling that Makerbot had put themselves on the market. This afternoon those plans materialized with the announcement that industrial 3d printing giant, Stratasys, acquired the company in a deal worth up to $604 million dollars.

Many tech sites, including CNet, reported earlier in the day that the all stock deal was worth $430 million howeverThe Verge reports that the initial 2/3 of the deal would happen when the deal closes with the remaining 1/3 of the deal contingent on Makerbot’s performance.

Stratasys has been a mainstay in the industrial 3d printing space. While their printers print molds and parts for several industries, they came into light earlier this year when Defense Distributed used one of their high end printers to print a 3D gun that actually worked.

3D printing continues to explode. While the original Makerbot desktop printer sold for over $2,000, back in April there was a desktop 3d printer featured in the SkyMall magazine for under $1000. We saw that advertisement on the way to TechCrunch Disrupt NY 2013 where we got a chance to see 3DLT pitch their platform which is like 99 designs for 3D templates.

Makerbot is also working on a 3d scanner so that users can scan objects and then print them using a Makerbot printer.

This acquisition will give Stratasys a firm footing in the consumer 3D printing space. Early adopters are seeing an approaching time when people will be able to print shoes, sunglasses, cups, bowls and just about any household item from their home. 3D printing could end up being the alternative to same day delivery from giant retailers like Walmart, at least for goods that can be 3d printed.

Just last month NY had another huge exit with Tumblr.