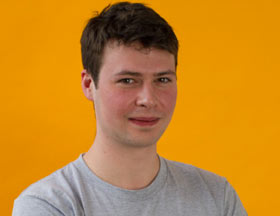 22-year-old Summer Murphy created a video library startup with access to thousands of curated educational videos on a variety of topics. Unlike many entrepreneurs, though, this native New Yorker decided that he wanted to see if his luck would fare better across the pond in the TechCity incubator in London.

Murphy told The Next Web that the company would use the money to grow the business and bring “educational technology up to speed with the advances made elsewhere in business, social networks, and mobile”.

When talking about the platform itself, Murphy told Growth Business UK : “It slots right into the behaviour and customs of contemporary students and is a democratising and liberating force within education because it enables the world’s best educators to reach out to students all over the world.”

New York has a thriving startup community, so relocating to London to launch Mobento was a testament to Tech City. “Mobento’s decision to base themselves here is further proof that Tech City is the ideal location to scale and grow a successful digital business. Quick access to Europe and our heritage of creativity and innovation make London attractive for digital media and tech companies. Whilst the blend of creativity and innovation that exists in East London with easy access to the financial centre of the City is also a major advantage,” Benjamin Southworth, deputy CEO of Tech City, said.

Check out this infographic, a programmer’s guide to getting hired by a startup