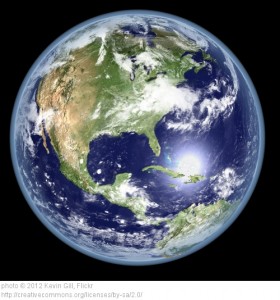 Apparently startup culture is mainstream. Which is cool. Fewer of my friends look at me like I’m crazy when I talk about the startup ecosystem and the most recent tech news.

The more time I spend reading, talking, and writing about the startup culture, though, the more I have to ask, “What are we doing with our lives?”

Don’t get me wrong. I really like the Internet. Productivity apps save my life, and Twitter basically kept me sane in my years of child-raising exile. I even like mobile games like Angry Birds. (Okay, I don’t so much, but my kids do, so same thing.)

But, so help me, if I have to talk to one more person who thinks his/her photo-sharing, social network, music downloading app is going to change the world, I may scream. Will your awesome new startup break out and make you tons of money? It’s not likely, but maybe. Will it change the world? Almost certainly not. And, as we’re learning from the NSA debacle, sometimes we have to think hard about how exactly we’re changing the world anyway. Nine years ago, we didn’t expect to find out that Facebook was giving away our secrets.

You know who’s actually changing the world for good? Guys like Andy Keiffer. After tiring of the Valley, he and his family moved to Guadalajara, Mexico, to build a startup ecosystem basically from scratch. He started an accelerator, employed locals, and is now watching the rise of the Mexican tech scene. (Follow that link to a story about Keiffer’s new photo-sharing app. Yes, I get the irony.)

The interesting thing about what’s happening in Mexico is that they have a whole different set of problems to solve. Maybe we’re wondering when our luxury car will arrive or who to send a disappearing picture, but they are thinking about narco-terrorism and hunger.

Of course, developing countries like Mexico aren’t the only ones solving real problems. Hundreds of new social entrepreneurship ventures are started in this country every day, many of them founded by people under 30. They are creating systems to consolidate health data in South Africa, building schools in Nepal, and distributing clean energy.

Plenty of for-profit companies are getting involved in social entrepreneurship, too. It’s totally possible to make a ton of money AND contribute good things to the world. Look at the Bill and Melinda Gates Foundation. Without laser-focus on Microsoft for all those years, Bill Gates would probably never have the money to give to all the great causes he endorses now.

In a fireside chat at the recent D11, Elon Musk said, “I recommend that people consider arenas outside the Internet because there’s a lot of industries that could use that entrepreneurial talent and the skills that people have learned in creating those companies.”

We could probably have a discussion about whether or not colonizing Mars or creating a “hyperloop”  are goals for the human good, but at least Musk is really dreaming up new things. And, if he succeeds, he will definitely change the world.

We are in an entrepreneurial boom, and it’s a fun time to build companies. Those of us in this exhilarating tech/startup scene just have to be honest with ourselves. Maybe we’re creating cool toys, but until we’re actually helping our fellow human beings, we aren’t really changing the world. At least not for the better.