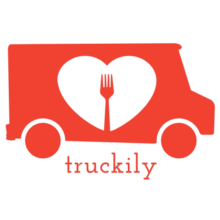 Food trucks are becoming popular in cities across the nation. Hot food–often gourmet–out of a truck? What’s not to love?

Well, for one thing, you can never find them. Seriously, never. No matter how closely you watch Twitter or Facebook, you always seem to just miss the truck you’re craving.

That’s what happened to Truckily cofounders Derek Kean and Matthew Berkland on a trip to San Francisco. Their frustration with downloading several apps, watching trucks drive by, and STILL not being in the right place at the right time led them to dream up a one-app stop for food trucks and their fans.

Enter Truckily. For $30 a month, trucks can use the service to update their location just once. Then, the new location appears on the Truckily map, Twitter, Facebook, and Foursquare. The app is free for users, and when they open it up, they see a map of where all the food trucks are parked.

We talked with Truckily back in September. They were fresh from their time with the ARK Challenge and credited that experience with the ability to focus on the business and make important connections. At that point, their next step was to raise funding to continue building their product.

Now, according to Silicon Prairie News, they’ve done it. This month Truckily closed a seed round of $120,000. The round includes Gravity Ventures and Kea Ventures. The money is technically invested in RTF Logic, but the founders will use it to build out the Truckily platform.

Cofounder Derek Kean gave Silicon Prairie News a hint about what they’ll do with their new funding.

Once our team is comfortable with our progress, we will begin expanding the platform into other areas that are currently identified, while keeping our ears open for markets that are open for growth. We are ramping up our efforts once we iron out any remaining ‘face-palm’ errors.

When Truckily launched its public beta for iOS in April, they focused on the Midwest. According to their blog, they are also seeking to expand into the Minneapolis/St. Paul area. They hope to be available for Android by the end of the summer.