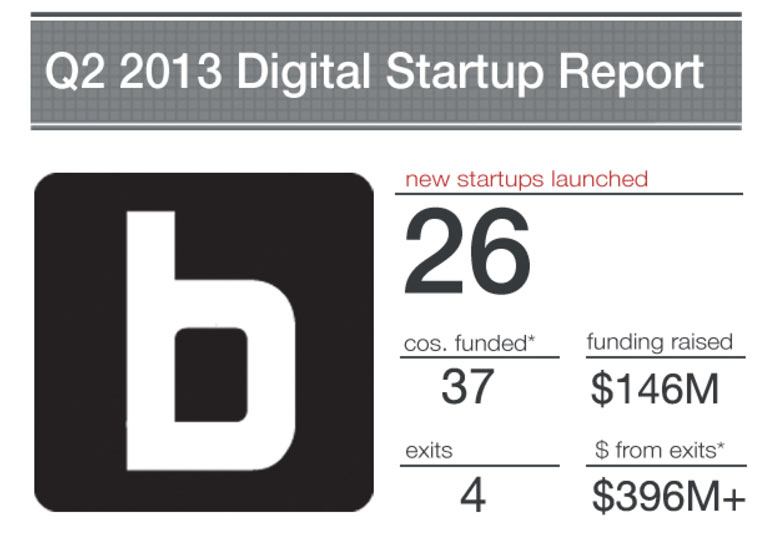 Wow! Builtinchicago.com has published their latest Digital Startup Report for Q2 2013. As expected the Chicago startup community has performed extremely well. 37 startups raised $146 million dollars in the second quarter of 2013.

If you’ve ever been to visit Chicago’s startup and technology scene you would see for yourself the creators, the innovators and the synergy that surrounds the third largest city in the United States. Two weeks ago we were in Chicago for Chicago TechWeek 2013 where over 100 different startups were showing off their stuff. In addition they hosted a job fair, where over 1000 engineers, developers and designers pined for jobs from over 100 Chicago based technology companies.

Chicago being a focal point for technology in the midwest is nothing new. Big Marker published this infographic in celebration of Chicago TechWeek highlighting some technology companies like CDW, Cars.com, and Groupon that have become household names.

In the second quarter of 2013 Chicago saw 26 new startups launched, 37 companies funded, and 4 exits to the beat of $396 million dollars.

These are the companies that made an exit in Q2