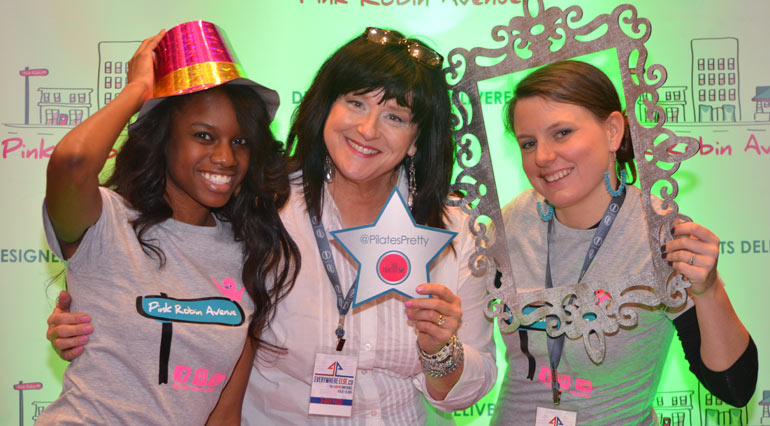 You may have noticed that my grammar, spelling, and story flow have improved over the last two months.

Second, that’s not by accident.

As an entrepreneur with two successful exits under my belt, I’ve always been a bit headstrong. I’ve also, for the most part, been a one man show. On my previous blog, we had writers, but no one above that or between me and the writers.

However, as Nibletz continued to grow I realized two things: I couldn’t do it all by myself, and people actually wanted to help me.

Most of you know Nick Tippmann joined me on the founding team late last year.

Well two months ago, we got our “employee #1.” This is a huge milestone and a celebration of any startup’s growth. For us though, we didn’t just got an employee #1. We got a bad ass startup chick, like a boss.

Monica Selby has been writing since the 2nd grade. She was the girl that was always writing stories and organizing writing clubs in middle school with her friends. Even while she was in the “real” work force, writing was always a passion for her, and 3-4 years ago she started looking at writing as a serious career path again.

I met Monica at the Upstart 48 Hour Launch in Memphis, where she had pitched her own startup. Unfortunately her startup wasn’t picked, but rather than go home, she spent the entire weekend helping Danielle Inez and Pink Robin Avenue. Inez won the 48 hour launch competition. Monica continued to stick with it, and with Inez, helping her with her Everywhere Else: The Startup Conference booth.

Monica stayed involved with LaunchMemphis (now Start Co), the organization and startup community in Memphis. She had first become aware of LaunchMemphis through her family friend (and our investor*) Patrick Woods. Monica originally thought Patrick was crazy when he asked her if she ever had business ideas of her own. As I prepared this story, Monica told me how she got involved:

Years ago Patrick encouraged me to let him know if I ever had a business idea. At the time, I had 3 kids under 5, so the last thing I was thinking about was starting a business. But, I got involved with some education stuff here in Memphis and had an idea for a education accelerator for teachers. So, Patrick put me in touch with Eric [Mathews, co-president of LaunchMemphis]. I very quickly learned that idea wouldn’t work in this particular educational climate, but I was hooked into the startup scene here in Memphis.

Monica’s title at Nibletz Media Inc is “Managing Editor.” But, like at any startup, that means she wears a ton of hats. She keeps our team organized; she makes sure Nick and I don’t kill each other; she works to grow her personal networks to help create new content and new content categories. Monica is also an integral part of planning next year’s Everywhere Else: The Startup Conference in Memphis and something else really big being announced next week.

On Monica’s personal blog she writes about issues important to her and her audience, including entrepreneurship, women in entrepreneurship, working women, and of course the coveted work-life balance. With 3 boys–a 7-year-old and 2 5-year-olds–that issue definitely hits home. Monica’s husband Austin is a high school teacher and cross country/track coach, which makes “normal” afternoons nonexistent in the Selby house.

Even with all this going on in her life, Monica is dedicated to Nibletz and the Nibletz mission, spending late nights and weekend hours working on ideas, compiling stories, and making new friends in the startup world. Monica has some exciting ideas she’ll be debuting soon, including a contributor network and several regular series. Make sure to check out her first investor spotlight with Carla Valdes.

So, we at Nibletz are excited to have Monica on board. Reach out and say hi through email (monica@nibletz.com) or on Twitter.

Meet Monica and the Nibletz team in person at this huge startup event.