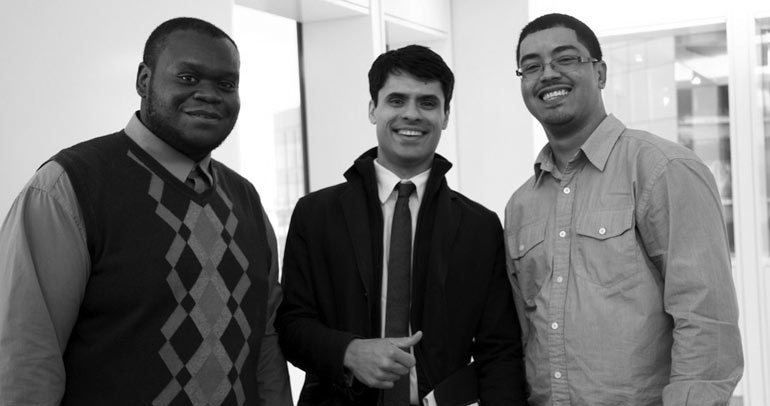 “This is not a parody,” The Phat Startup says on their website, and it’s not. A lot of entrepreneurs draw lessons from pop culture and contemporary issues and relate them to the passion and drive for startups.

For me, it’s usually a mashup of hip hop and basketball. My basketball references come from my favorite team the Memphis Grizzlies, known for years as the Grit-n-Grind team, which publicly showed it off to the world through the 2013 conference finals. My hip hop references come as the form of subtle musical hints in our videos based on what city we happen to be in on the sneaker strapped startup road trip.

We’re definitely not the only ones that relate hip hop to startups. One of the more famous people in the startup world, Ben Horowitz of Andreesen Horowitz, uses a hip hop lyric at the opening of all of his blog posts, like this post about the firm’s investment in both Instagram and PicPlz where he used Mase’s “Lookin at me” to open up the post.

Some may draw another connection between hip hop and startups because most rappers have had to turn into entrepreneurs in their own right in order to succeed in today’s shifted music economy. There are also parallels from some of the content that hip hop artists often rap about, especially when it comes to hustle.

Well on Wednesday Forbes reported on a New York startup founded by James Lopez and Anthony Frasier called “The Phat Startup”. Lopez is a technologist from the Bronx who  worked at publishing giant Random House. Frasier hails from Newark, New Jersey. He is the founder of mobile startup Playd and the “award winning” gaming site “The Koalition.” He was also profiled in the popular hit documentary Black in America: The New Promise Land- Silicon Valley. CNN Money also profiled Frasier as being one of 8 minorities diversifying the tech scene.

Through their blog, outreach, resources, and popular events, The Phat Startup is looking to continue to grow the tech community and teach essential skills for entrepreneurs and startup founders through hip hop.

“A big part of entrepreneurship is the ability to learn from mistakes,” Frasier, told Forbes. “When you hear rappers rap about their upbringing, you can learn a lot because they always sprinkle lessons of things they don’t do anymore, things that they do now, things you can relate to.”

The Forbes article highlights several rap lyrics like one very infamous line from  Jay-Z when he declared “I’m not a businessman, I’m a business, man,” an homage to how one of the hip hop kings grew himself, his brand, and his artists to an empire bringing his self worth to nearly half a million dollars.

Hip Hop is so intertwined with the startup culture that it even spawned a huge startup that, of course, Horowitz and the Andreessen Horowitz team were quick to back. That startup, RapGenius, crowdsources the meanings to the lyrics of rap songs. Now the startup is working on other ways to incorporate the technology, like with the news for example. Back in March when Andrew Mason , resigned, from Groupon, RapGenius was used to crowdsource the meaning of his now infamous letter to the Groupon team.

The Phat Startup’s next event is Tuesday, August, 20th from 6-8 pm at 1412 Broadway 22nd Floor. At the event, Nihal Mehta the CEO and Co-Founder of LocalResponse will talk about The Future Of Marketing For Startups. You can join that event by clicking here.

Find out more about The Phat Startup here.