VentureCamp has everything an entrepreneur needs from an accelerator: 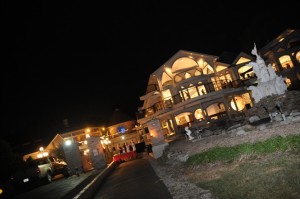 Looks like something out of The Bachelor, right? That’s actually not too far off. Besides building companies and receiving world class mentorship, VentureCamp participants live together in the mansion. And, it’s all being captured on video.

First, rather than accept teams that are already building products, VentureCamp only accepted individuals. And, they focused on women and minorities, groups that are typically left out of the venture capital game. After the first week, the participants were split up into teams, they chose a company, and had 7 weeks to build it out. The whole experience can be likened to Startup Weekend, but on a bigger, grander scale.

Second, the whole thing is housed in Indianapolis’s Kessler Mansion, owned by one of the camp’s backers, Chad Folkening. The idea is to give the entrepreneurs an idea of what life could be like, in the event their companies go big.

Finally, from morning to night, the whole thing is filmed. Camera crews hang out in all the meetings, strategy sessions, and dinners, capturing the formation of three new companies. The footage will be turned into a “docu-series,” shown first online, but the team hopes to eventually put it on TV. VentureCamp backer and senior advisor Patrick Mellody told USA Today that the film will promote other VentureCamps held around the world.

Despite some of the glitz, VentureCamp entrepreneurs have been hard at work for the last 8 weeks. With mentors like Priceline’s Jeff Hoffmann,they receive outstanding feedback on their business models and pitch.

And, speaking of pitch, what’s the one thing all accelerators have in common?

Today is the first VentureCamp Demo Day. They are launching (and hoping to fund) 3 companies:

It should be interesting to watch what comes from VentureCamp, both the new companies and the docu-series. Whatever it is, this team definitely knows how to “go big.”