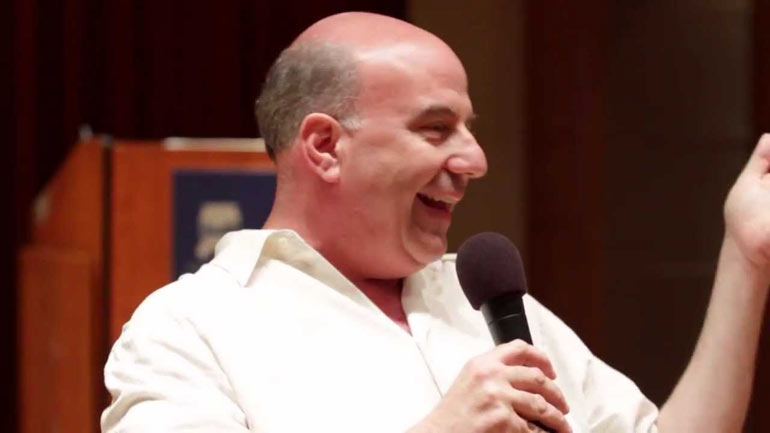 Earlier this year at Everywhere Else Memphis, Priceline founding CTO and Starutp America CEO Scott Case took to the stage to spread the important gospel of startup communities and culture. Case has spoken at events across the country and in a lot of “flyover” states, focusing especially on the earlier stage startups.

This time around we are honored to have Jeff Hoffman as one of our main keynote speakers at Everywhere Else Cincinnati. Hoffman is best known as the co-founder of the Priceline.com family of companies.  He’s also been the CEO of uBid and Color Jar. He’s a regular mentor for startups and pens a great column on innovation and entrepreneurship for Inc Magazine.

While he’s a very esteemed and successful entrepreneur, back in May at the Global Entrepreneurship Congress in Rio de Janeiro he proudly announced  “I don’t spend time launching business plans anymore, I launch entrepreneurs.” That’s why he is one of the co-founders, founding advisors, and founding mentors for Indianapolis based VentureCamp. Hoffman calls it a “fully immersive startup ecosystem.”

After launching 7 successful companies (including Priceline and another travel company that was acquired by American Express), Hoffman has decided his life’s work from here on out is launching entrepreneurs. He’s been speaking for years on entrepreneurship but really enjoys getting into the nitty gritty with the young, vibrant, and disruptive crowd.

When Nibletz Co-Founder Nick Tippmann attended Venture Camp’s demo day earlier this summer, he noticed that the founders were talking about how VentureCamp focused on teaching them entrepreneurial skills, critical thinking, and decision making and not just how to put your plan on a business model canvas and make a Power Point. This focus came directly from Hoffman.

If you were at Everywhere Else in Memphis and saw Scott Case speak, you know he does an amazing job talking about startup communities and the value the community brings to the table. During Hoffman’s keynote we will hear about something equally as important: the entrepreneur.

Get your tickets or Startup Avenue booth below.