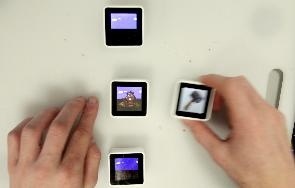 CogCubed is a Minnesota based startup that is using an interactive video game platform to help diagnose Attention Deficit Hyperactivity Disorder (ADHD), a disorder which has affected 5.4 million children since 2007, according to the CDC.

CogCubed uses gaming platform Sifteo, which debuted two years ago. Sifteo is a set of interactive blocks with small screens on them. Developers have programmed them to do a variety of things.

In the case of CogCubed, Minneapolis child psychiatrist Monika Heller and her game developer husband Kurt Roots invented a game where children use one cube as a mallet to hit a gopher that appears on the other three cubes, according to a report in the Star Trubune.

As the game continues, obstacles such as birds and other animals start appearing on the other screens. The player must continue to focus on the gopher.

Roots and Heller have incorporated 70 different data points in the game to discern things like when the player’s attention drifts and if the player is fidgeting. The couple told the Star Tribune that the game can even help improve a child’s attention span.

While a clinical diagnosis would still require a psychiatrist, Heller is hopeful that they can get CogCubed into homes to help parents with an early diagnosis.

“Six to 12 months is the average waiting period to see a child/adolescent psychiatrist [for a comprehensive evaluation],” she said.. “How phenomenal would it be if Mom could have an assessment tool at home?”

CogCubed is awaiting FDA approval for a version of the game that can be used as a diagnostic tool.

They also have data from a study that validates Roots’ and Hellers’ claims. The study at the University of Minnesota matched a psychiatrist’s diagnosis 75% of the time. The current standard, a computer test called “The Continuous Performance Test,” is accurate about 62% of the time according to Heller.

CogCubed has raised $20,000 from Google. They’re also a finalist in the Minnesota Cup.

You can find out more about CogCubed here at CogCubed.com