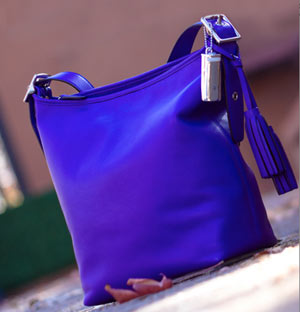 It’s Fashion Week in New York, and while New Yorkh is growing as a hub of technology, it’s all about fashion throughout Manhattan and the surrounding areas. Tens of thousands of designers (the fashion type), stylists, and others in the fashion industry make a pilgrimage to New York to show off the latest trends for the spring season.

One of the companies making the trek out to New York this year was Kansas City startup Trellie. This tech startup makes a fashion accessory that attaches to a woman’s purse and lights up to alert the owner when a call is coming in or they’ve missed a call. Because women keep their phones in their purses, they can miss calls because they can’t hear the phone ring or feel it vibrate. This device gives them a subtle way to know when there is  a call coming.

Heidi Lehmann a Trellie advisor added, “Many retailers are creating floor space now for such products apparently. We were the only brand called out in such a manner during the panel discussion.”

It’s been a great month for Trellie, the startup closed a $900,000 seed round last month and with this showcasing at Fashion Week they were also featured in the nationally syndicated Parade Magazine.