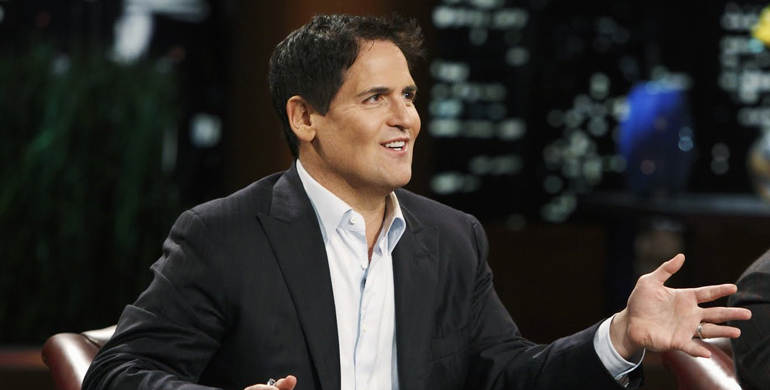 Some may think that Mark Cuban’s investment strategy is all over the place, but teh truth of the matter is it goes hand in hand with his varied background. Cuban’s career crosses a variety of industries, all of which were self taught.

Cuban began his career as a self taught computer salesman who didn’t  even own a computer. From here his next big accolade is selling broadcast.com to Yahoo, starting HDTv (now axs). Now he’s also a NBA franchise owner, shark on ABC’s Shark Tank, dancer on Dancing With The Stars, startup investor, philanthropist, and more. With all of that in mind Cuban is still just one of the guys, just ask anyone that knows him or frequents places he likes to hang out.

Cuban’s investment portfolio encompasses lots of industries. He’s invested in things that touch his TV business like Tivli and One Condition. He’s also invested in app selling company Apptopia, multilingual analytics firm Linquasys. and local rewards startup Badgy. That doesn’t even scratch the surface of Cuban’s portfolio; you can find more of his investments here.

After meeting Kim Taylor at the Kaplan accelerator program for edtech startups, Cuban led a $500,000 round for Ranku. Taylor also happened to be one of the featured entrepreneurs on Bravo’s reality show about startups called Startups: Silicon Valley.

Ranku ranks colleges by the success its graduates have with finding jobs rather than how they rank on the US News & World Report list. Obviously this is a much more relevant way to rank schools for students headed into college.

On Wednesday evening TechCrunch’s Anthony Ha reported that Cuban has also backed legislation tracking and prediction startup FiscalNote.  The $1.2 million dollar round will help the startup continue working on new technologies to support their original model.

FiscalNote provides a service to businesses that keeps them up to date with legislation across all 50 states that may affect their business. Co-Founder and CEO Tim Hwang told Ha that many businesses are affected by these changes in legislation and for a business to keep up with them they would need a large staff hitting refresh on all 50 states websites continuously. Beyond that they would need to decode that legislation and see how it really affected their business. FiscalNote’s algorithm does all of that for them.

For more on Mark Cuban and his  startup investments check this out.