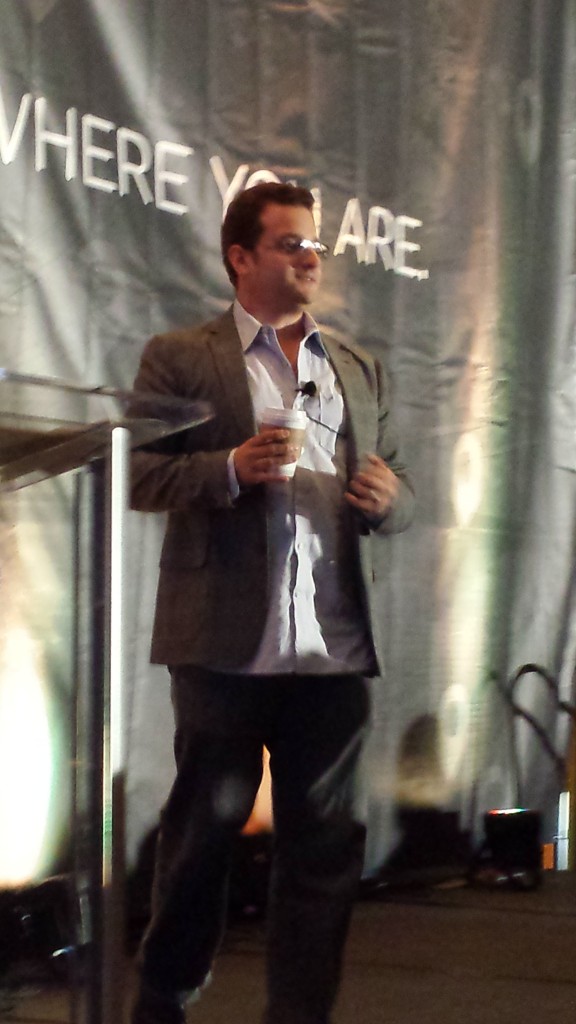 Scott Gerber woke up the mid-afternoon crowd at Everywhere Else Cincinnati. The fast talking, pacing New Yorker, pulled everyone together and mixed them all up in the middle of the room. Then, he instructed them to look to someone next to them and ask the most important question:

How can I help you?

After 30 seconds, he cut off the buzz and pointed out all the business cards exchanged and conversations started. The exercise highlighted the thesis on which he’s built the Young Entrepreneur Council: social capital is the most valuable currency in the age of social media.

So, how do you become a superconnector? As with anything we do, the most important thing to get right is the mindset. Our instinct as people is to figure out what we can get from people. Within in 20 seconds, we decide if the person we’re talking to can help us.

The superconnector, however, asks first, “How can I help you?” They give (A LOT) before they take. And, they dedicate real, meaningful time to the people they meet. Gerber insists that we must walk away from the phones, walk away from the computer, and spend real time with the people we come across. We tend to think people with a lot of Twitter followers are influential, but that’s an ego metric that means far less than real conversations.

Gerber’s talk rings true in a world with fewer and fewer set industries. We live in a “slash” world (I’m an editor/writer/mom, for example). Gone are the days in which we spend 40 years in the same job, honing the same craft. In the mobile world we live in, becoming a superconnector can be the best way to not only grow your own career, but also give back to society at large.