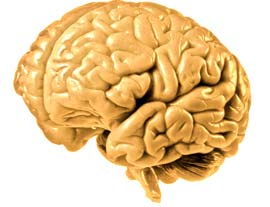 An investor meeting often means your livelihood. You’re about to ask a bunch of people to trust in your idea and help you fund it. You’re rightfully excited, and even a little nervous. The only issue is that when you’re nervous, you aren’t performing well, and the investors standing in front of you can see it. To really knock it out of the park in an investor meeting, you’ve got to calm down and slow down. There are a few ways to help you reach some inner peace before you dive into the shark tank.

There’s a theory that says wise people speak slowly. That doesn’t mean they speak in long, drawn out syllables. It means they’re thinking about everything they say before they say it. It’s not even noticeable to the people they’re speaking to.

But slowing down isn’t usually in any person’s head before an investor meeting. From the minute you hear the investor meeting is scheduled to when you jump in the car, your mind is going 150 miles per hour. You’re going over things again and again in your head, trying to make sure that you’ve got your pitch as nailed down as you can.

Here’s the thing, though: once you get into the car, there’s nothing more you can do. You’ve already prepared as much as you can. Think of it like a bride on her wedding day. It’s easy for her to get worked up on the day of the wedding, worried that something might go wrong. But on the wedding day, after she’s zipped up into her dress, there’s nothing more she can do. That’s her chance to just relax and enjoy the day. The same concept applies to you and your pitch. Once you’re on the way to the meeting, it’s time to just slow down, relax, and realize you just can’t cram another memory into your brain.

On your brain stem, the second gland before the brain is called the amygdala. This little gland controls what we call the “freeze, fight, or flight” response. The amygdala produces adrenaline, and it can hijack your brain. When you’re faced with a situation that jumpstarts your amygdala, it fires in .8 milliseconds and it takes over your brain. Your brain—even brains with the highest of IQs—is unable to reason. The only thing you’re thinking about is fighting or getting out of the situation.

After your brain is hijacked, it can take up to 18 minutes for your brain to regain control again. If it happens five minutes before your investor meeting starts, you can kiss your investors goodbye. Countering an amygdala hijack isn’t easy, but it’s possible to avoid it by just staying away from drama. Don’t talk to your angry significant other, and don’t call your estranged brother who’s asking for money. Just keep your mind clear and focused on the task.

Counteracting the Amygdala Hijack and the Positive Hijack

If you do let your brain get hijacked by the amygdala, there are ways you can counteract it. If a tiger was attacking you, your amygdala would take over, and you would either fight the tiger or run away from it. If your brain gets hijacked, do something you wouldn’t do if a tiger was about to attack you. Drink water, sit down, or lean against a wall. This slows you down and calms you down, and helps to counteract the 18 minutes of hijack you’re about to face. In fact, a mark of high-level leaders is the ability to sense a hijack coming on and do something to counteract it ahead of time, like going for a walk.

Your other option is the positive hijack. In a similar way to the amygdala hijack, you can trick your brain into being completely calm. Smells often do that, or things that remind you of something happy. My positive hijack, for example, is listening to Queen’s “Bohemian Rhapsody.” It reminds me of my brother and my childhood, and puts me in a happy place before an investor meeting.

Do what you have to do to calm down before a meeting. In the long term, practice slowing your thinking. In the short term, avoid drama and focus on good things. Take your mind away from the stress. If that’s eating a giant ice cream cone, do it. Find your positive hijacks and use them to dominate your investor meetings.

Tony Monteleone(@StartupTony) is a serial entrepreneur and does Business Development for PERQ, a marketing technology and promotions company that specializes in increasing online and in store traffic for businesses. He also serves as the Indianapolis Chapter Director for Startup Grind.