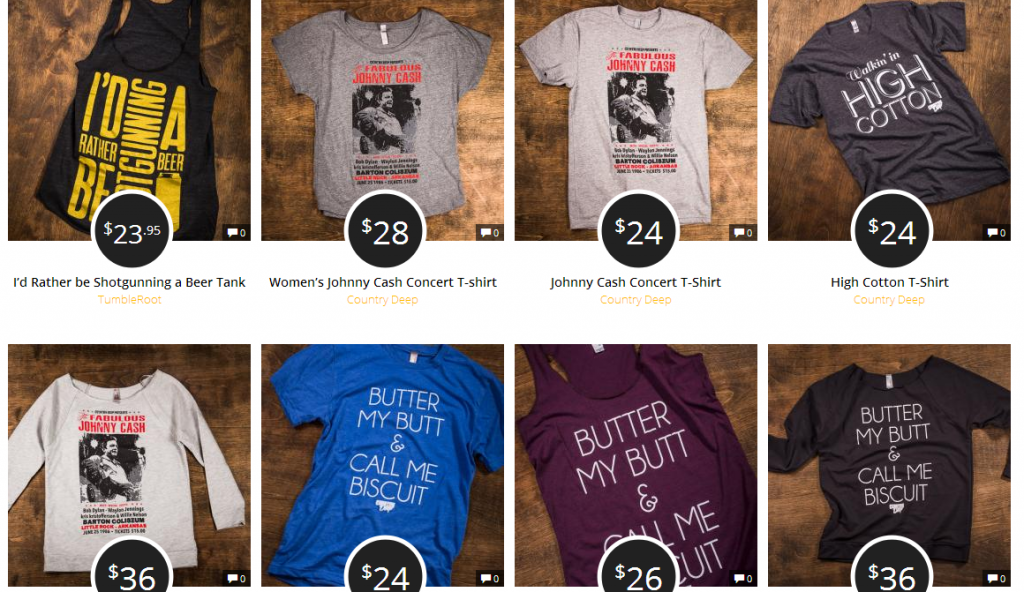 I’m from the South.

I know. Y’all are so surprised, right?

In college a guy told me, “You guys [he wasn’t from the South] are the only people in the country who make a big deal about the South and North.”

Well, whether that’s true or not, these days Southern culture seems to be having a day in the sun. And those of us who grew up sippin’ sweet tea and swimmin’ in the creek understand why.

“Southern is a state of mind.”

Bourbon & Boots recruits artisans from all over the country that create products that fit the unique brand they’ve built. They range from kitschy bullet earrings to vintage cowboy boots and everywhere in between.

My personal favorite category is “Food and Booze,” where you can find a whole range of Southern-inspired food and utensils.

Bourbon & Boots isn’t merely an e-commerce company, though. Alongside the products they sell, they’re also developing a content company that showcases the best of Southern living. Of course, it has a little more edge than the magazine of that name. With articles like “Smooth Talk About Kentucky’s Speakeasy Bourbon” and “Tonic Syrup Nearly Ruined My Social Life,” this ain’t your grandmama’s Southern Living.

Of course, marrying content and commerce isn’t always the easiest feat. Refinery29 closed down its commerce branch last year and raised money to double down on content.

When I asked Bourbon & Boots’ Price about this, he chuckled.

“E-commerce is hard. Content is really hard. Trying to nail them both is impossible,” he admitted.

But, nailing them they are. More than 2 years after launch, Bourbon & Boots continues to grow, adding new vendors and freelance writers to the ranks. They’re also looking to create their own products in 2014, a move that could stretch their resources but also provide huge benefit in growing their brand.

Personality-driven commerce sites are a thing right now. Just look at Fab, Warby-Parker, JustFab, and NastyGal for proof. Bourbon & Boots plays into that trend with a delightful business that could only be built in the South.

And, yes. They do drink bourbon and wear boots.