We’re coming down to the wire with the Everywhere Else Tennessee Conference. We have some great new panelists to announce tonight, including members of the Techstars Patriot Boot Camp and the Young Entrepreneur Council.

Tickets are going fast. Make sure to get yours by Monday, March 31 to guarantee the early adopter price of $150.

Now, for a few announcements we’re super excited about:

Andreessen Horowitz Deputy Chief of Staff Chris Lyons will be joining us in Memphis this year. Naithan Jones will be interviewed by Chris, discussing the decision to move from the Midwest to Silicon Valley. During the discussion Nait will talk about the decision to make such a big move, the challenges he faced, and what benefits he’s seen from the move. Nait will also talk about lesssons he learned building an online marketplace. 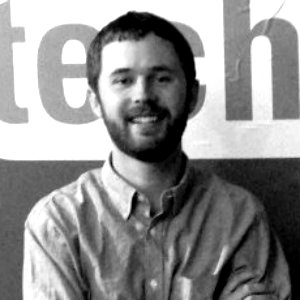 Taylor McLemore is the Founder and Director of Techstars Patriot Boot Camp, a 3 day program designed to help veterans get mentoring and coaching in starting a company. Previously, he was the CEO & Founder of Prediculous, which was acquired by Sporting News. Taylor will lead a panel of veterans-turned-entrepreneurs as they discuss what it’s like to be in the military and start up. He’ll be joined by

Tameesha Desangles is a Memphis entrepreneur and the founder of WeddingWorthy.com. She has a background in ecommerce marketing, but is passionate about entrepreneurship. She was chosen as 1 of 20 women to represent female military entrepreneurs at the 2013 Inc5000 conference. She’s currently completing the Risingstars program while building WeddingWorthy.com.

Mark Morris is a veteran dedicated to continuing to serve our country through web and mobile technology. Currently, he’s the founder of MyGigline, which aims to solve the problem of communicating available resources for the military community. 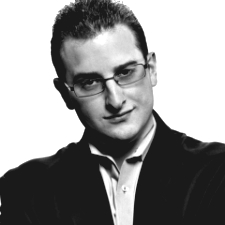 The Young Entrepreneur Council is an invite-only organization that helps entrepreneurs succeed. Founder Scott Gerber will lead a panel discussing the “Everyday Entrepreneur.” Panelists include

Sumi Krishnan is the Founder & CEO of K4 Solutions, which she started while still in school at Virginia Tech. Now the company has 220 employees and works with customers like the USDA and the US Army.

Jake Stutzman is the Owner and Chief Creative Officer at Elevate LLC, a digital design agency in Omaha, NE. (Check out eetennessee.com for a sample of the awesome work he does.) Jake has been doing brand design for 14 years, working with both startups and established, global brands. Last year, Jake won the Silicon Prairie News Designer of the Year award.

John Hall is the CEO of Influence & Co, which helps companies position their key figures as thought leaders in the industry. Influence & Co was recently named to Forbes Most Promising Companies of 2014. John loves speaking and writing, sharing his experiences with other entrepreneurs.

Derek Weber is the President of goBRANDgo! Based in St. Louis, they are a strategic branding and marketing firm for $2M-$50M companies. They specifically combine the quality of an expensive agency with the convenience and price of contractors, perfect for growth-stage companies.