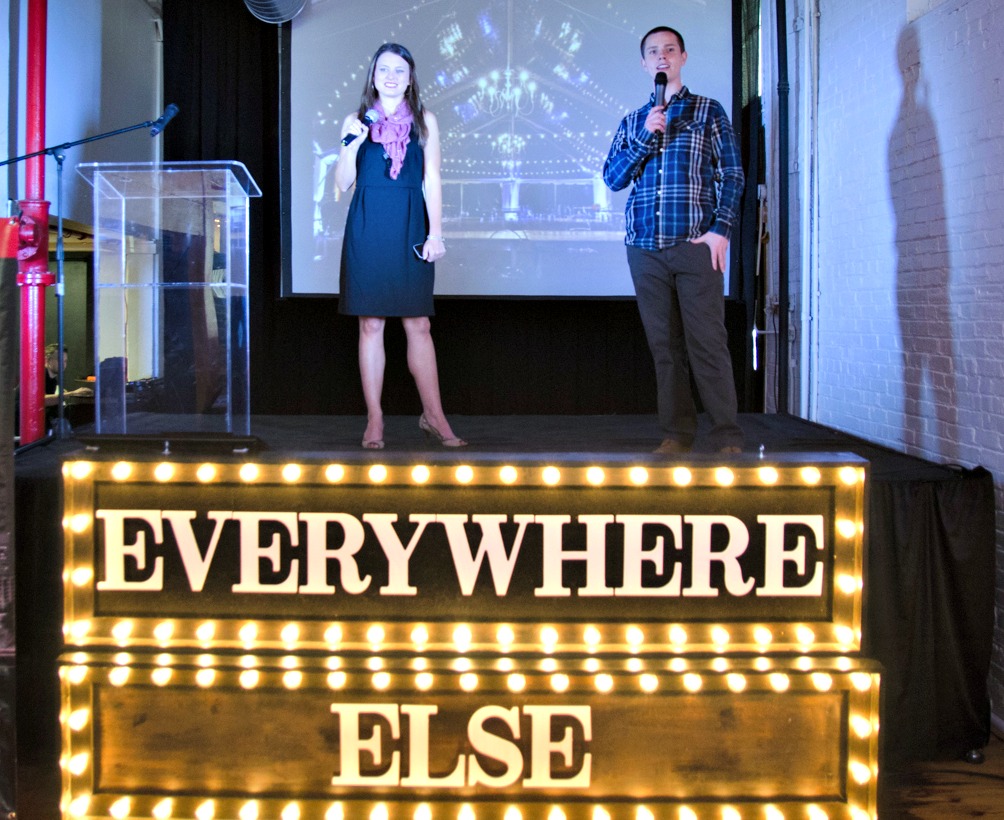 There’s nothing quite as exhausting as a conference. Adrenaline, people, music, advice…everything goes by in a blur and suddenly it’s over. It can kinda leave you wondering what exactly happened.

(Psst: it’s that way for the organizers, times a million.)

Everywhere Else Tennessee is in the books, and it was a great one. Nick and I want to thank all of our sponsors, speakers, startups, volunteers, and attendees. You all made it an awesome show, and the two of us were really just along for the ride.

For those of you who couldn’t make it, you missed an awesome conference. From the opening party through the closing happy hour, the speakers kept dishing great advice on starting up everywhere else.

It turns out size doesn’t matter. (Who knew?!)

Joel Andren’s talk on startup PR had every reporter nodding along. We want to talk to founders, y’all!

Jim McKelvey lied to the audience (repeatedly), and Paul Singh suggested we stop calling ourselves “startups.” And while we’re at it, we’ve got to figure out how to communicate our worth to people, because for every tech job created come 4.6 jobs in other industries. That’s powerful job growth. 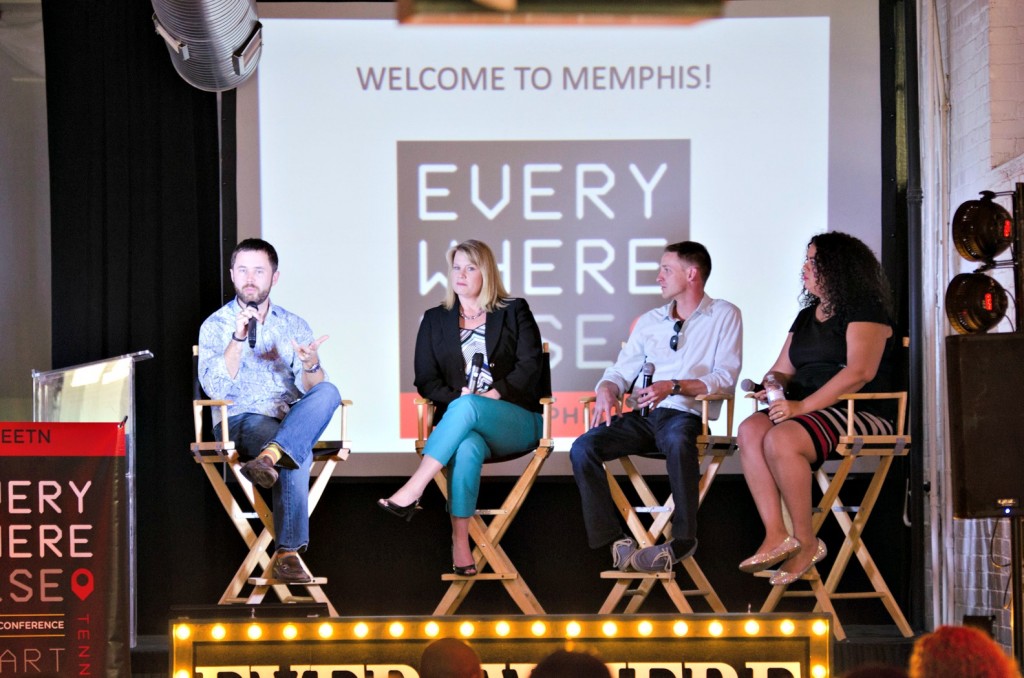 Techstars Patriot Boot Camp hosted a panel consisting of 4 veterans, all who founded companies after they came home.

Nicole Glaros popped onstage with a beer, after a long flight in from Boulder.

Glaros then spent 40 minutes giving 12 practical tips on starting up. 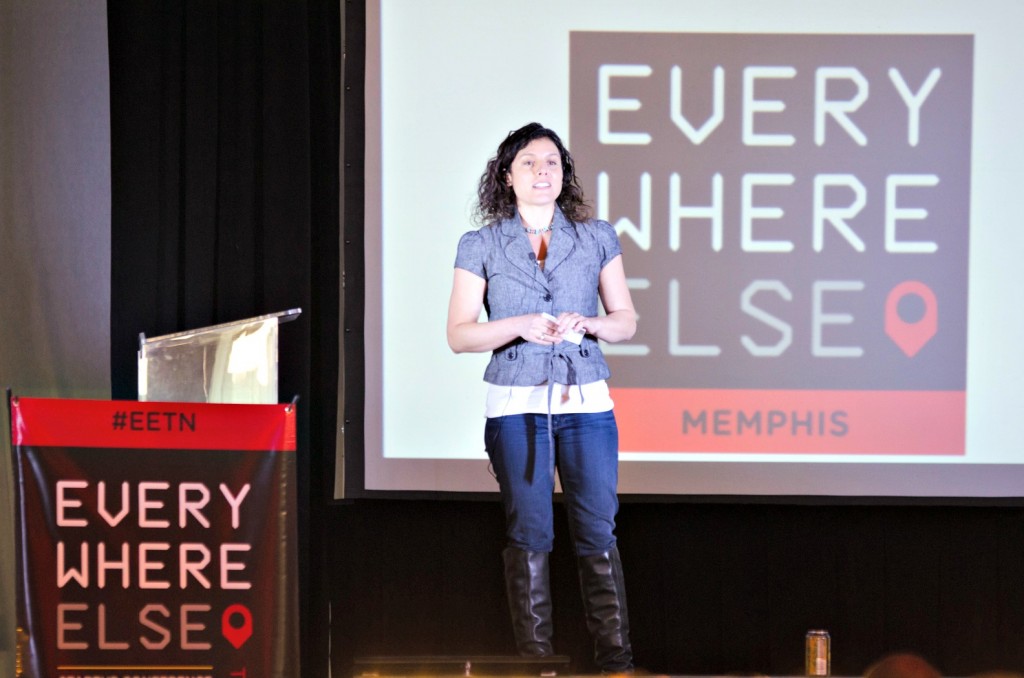 A common theme throughout the show was handling failure. We all have failures big and small that are paving our way to success, and the #EETN speakers were no different. But, turning your failure into your strategy can help you push through anyway.

Nait Jones and Chris Lyons finished things off with a great fireside chat on the realities of starting up and the trends they’re both seeing in startup world.

Throughout the conference, our 10 startups in the Startup Avenue competed for votes from the attendees. The top 3 presented onstage to the crowd and a panel of 3 judges.

In the end, Nashville-based Overdog walked away as the Heavyweight Champion of Everywhere Else.

Oh, but there was so much more! You can catch some of the talks over on Ustream, and Ryan Hoover has an awesome podcast with fellow speakers Josh Miller and Ben Yoskovitz you should definitely check out.