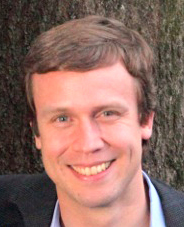 If you’ve ever spent time in Memphis, you’ve probably encountered Taylor Berger. You may not have met him personally, but the businesses he’s started span across the city and have been a part of changing the dining landscape.

In 2010 Berger opened Yolo, Memphis’s first self-serve frozen yogurt store. (The Yolo stands for “yogurt local,” not “you only live once.”) Yolo became an instant hit in town, expanding into gelato and baked goods as well as opening stores around the city.

In 2013 he expanded into full restaurants with Chiwawa, a taco and hot dog place with the best patio and margaritas in Memphis. Later that year, Tamp and Tap–a coffee/craft beer bar–opened up downtown.

Along with the restaurants Berger has already been a part of, he is actively developing more new concepts to open in the coming years.

If you’re in the area, Berger’s talk is a must attend. He may “scale” a business the way we in tech think about it, but he’s no stranger to the hard work of entrepreneurship and community revitalization.

And, 3+ restaurants in as many years sounds like “scaling” to me.