Imagine if YouTube was stripped of all the wannabe’s, all the crappy singers and all the kids who’s parents don’t have the heart to tell them their voices sound like nails on a chalkboard. Imagine if YouTube actually showed the videos from up and coming stars that were truly talented. Well that’s the mission for Georgia startup FameTube.

Their new startup actually vets videos from people who claim to be artists and musicians and sometimes they don’t make the cut. Only those people who get past the FameTube team actually get their videos posted. As Cornelius explains in the interview below, once a video makes it onto FameTube artists are encouraged to drive traffic to the site. The community, outside of the artist and their friends and family are more inclined to check out the other artists and interact.

Check out our interview with this exciting startup from “everywhere else” here: 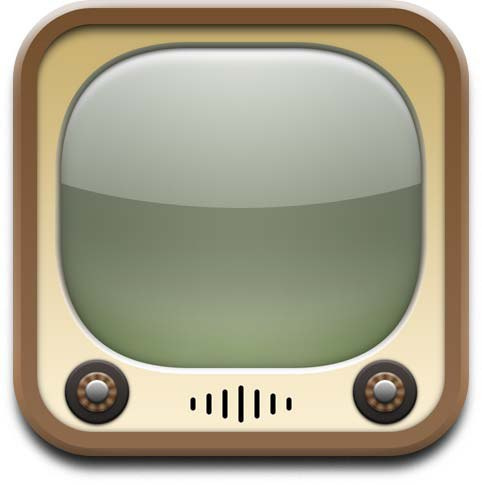 As many of you know already, Apple has just announced that they would not include their 1st-party YouTube app in the next iteration of iOS. Plenty of sites have taken this opportunity to show the fact that Apple and Google are opposing forces, and with that comes a dissociation of products and services. However, this can actually be a very good thing for Apple, Google, and all iOS users.

Up until the release of Google’s new version of Google+ for iOS, almost every single app Google put into the App Store sucked. For instance, Gmail. But after we got a glimpse of Google’s beautiful work on the new Google+ app, many became believers. If Apple had announced their dropping of the YouTube app before we saw Google+ for iOS’s makeover this reaction would have been a completely different story, but because of Google’s latest efforts, I am a believer.

Apple’s move to drop their 1st-party YouTube app leaves Google in a position with two possible outcomes: develop a YouTube app for iOS or let iOS users deal with the mobile site. Now that Google has decided they would like to make quality apps for iOS, it doesn’t worry me that they will have to develop their own app, and leads me to believe that they will. And this will be a good thing for iOS users, because the YouTube app Apple was supplying was pretty bare. You could watch videos and leave comments, and that’s about as far as it went. Sure, there were a few other features, but it was nowhere near as robust and Google’s YouTube app for Android. This means that if Google follows their recent iOS app development patterns (and I mean very recent), the iOS community should be anxiously awaiting a beautifully developed YouTube app.

Google hasn’t actually said they will develop an iOS app yet though, and if they don’t many iOS users will be hurting for a native app. But Google knows how big YouTube is, and even if they were so blind as to say a native app isn’t necessary, the community will make sure El Goog knows its mistake. This also will relieve the duty of developing a third-party app for a service they don’t actually own, much like they’ve done with Google Maps. Now all we can do is wait to see if Google can bring us the YouTube app that we want to see, and if they do, the world of iOS will be ready to finally get a proper YouTube experience. 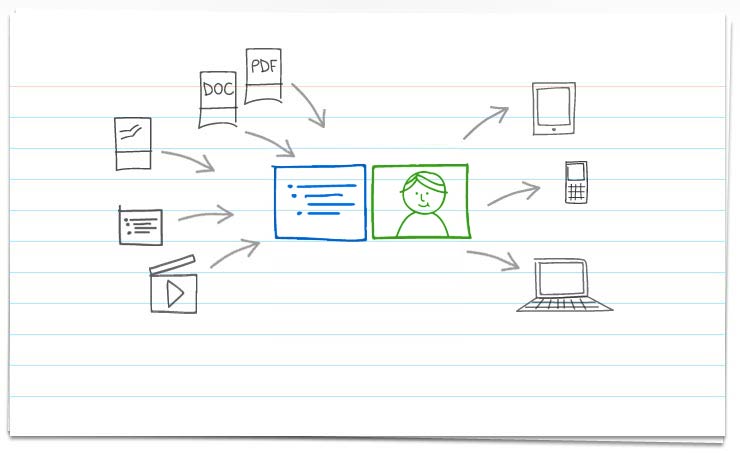 There is a new startup in London called Present.me. The concept is actually pretty interesting. Imagine if you took YouTube and SlideShare and mashed them together. Now imagine if you could make that mashup into one presentation and top it off by narrating it yourself into your webcam. Thats the premise behind present.me.

Now you can share highlights of your life in an entire presentation that’s quick and easy to produce. You can share it with your friends, your family and loved ones through various channels. Once you share it they will be directed to the presentation you made using present.me.

Present.me could actually be very useful to other startups as well. You could practice your pitch for your teammates and friends who are working in remote locations. Heck, if you did a good enough job you could send your preliminary pitch over to investors for review.

Well we got a chance to talk with the team at Present.me, check out the interview below:

Replyboard founder Steiner Skipsnes has created a website that allows anonymous buyers and sellers to get rated and become trusted without divulging their private information.

Sure we’ve all heard about or seen the movie “The Craigslist Killer” however dealing with strangers in their homes can be dangerous. Meeting strangers in a public place may seem safe but you could still get totally ripped off when that electronic item you just bought doesn’t charge up ever again, or you find out that used cell phone you bought has a stolen ESN.

Overall the replyboard concept is a valuable one.

Skipsnes is bootstrapping it. In fact he is still working a day job to support replyboard right now. So he was looking for a way to show the importance of replyboard on a rather large scale without spending a huge amount of money on marketing. He also wanted to show his users exactly what replyboard was for without cluttering the message.

More, and the videos, after the break
Read More… 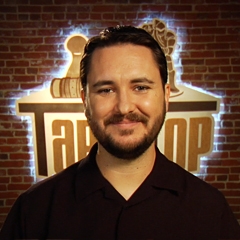 Don’t worry Wil Wheaton fans, Tabletop is not a cooking show or guide to Wheaton’s favorite restaurants or restaurant apps.  Tabletop is about board games.

Wheaton said on his personal typepad site that when his,good friend and hit Web series producer, Felicia Day asked him if he wanted to do a show on her premium YouTube channel,Geek & Sundry he said of course he did. That’s when his wheels started turning to come up with a cool idea.

Wheaton writes on his typepad site:
“Oh my god,” I said, “What if we did something that was like Celebrity Poker meets Dinner for Five, where we got interesting people we know together for tabletop games?!” 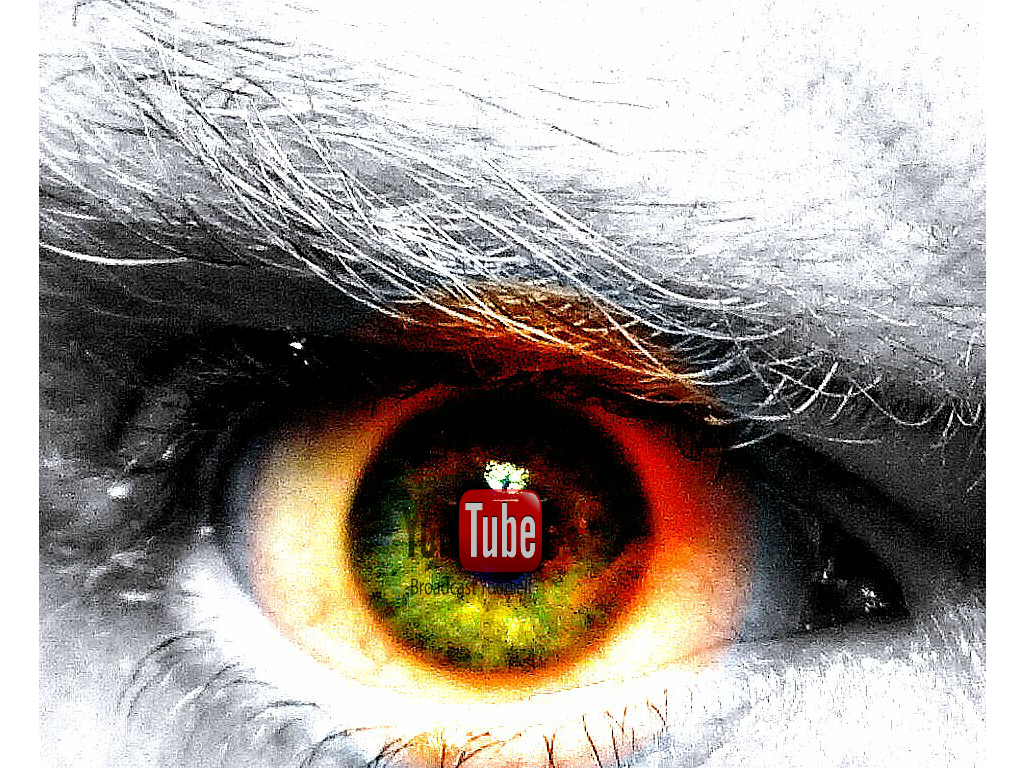 According to a “security expert” YouTube can remotely access the camera on your tablet or phone reports Read Write Web via The London Times (paywall).  The reason I even paid attention to this was the fact that it was found at the bottom of the article and was mentioned in passing.  If this were truly the case, would this not be the headline?  With all the discussions of privacy and contacts happening lately certainly this would make waves with different government agencies. This is a very serious accusation to make and yet there is no solid evidence to support this claim; actually the “evidence” provided by the “security expert” uses the description found in the permission description (read below).

In an article about Facebook reading users emails (more on that later) the London Times and RWW accused Google owned YouTube of remotely accessing the camera found on tablets and smartphones. “Facebook, according to the report, joins several high-profile Web firms that have been caught snooping on their customers. Flickr, dating site Badoo and Yahoo Messenger have all been accused of accessing users’ private data, and YouTube can remotely access and operate a smartphone’s camera, security experts told the Times.”  We pinged Google for an official statement and received this reply;

This is so silly…it requests the camera permission so you can launch camera to take a video from within the YouTube app. It’s not like the app can turn on your camera without asking you.

The permission being discussed is found in Hardware Controls and reads as follows:

TAKE PICTURES AND VIDEOS
Allows application to take pictures and videos with the camera. This allows the application at any time to collect images the camera is seeing.

The idea that Google or YouTube would give themselves the ability to remotely access your video camera is, well, silly.  It illustrates the very real issue that companies are facing when it comes to permissions and users privacy.  What is needed is more education regarding permissions and the use of data by these companies.

Chen revealed that while they were negotiating the sale of YouTube to both Yahoo and Google they often met with both companies at a Denny’s in Paolo Alto.  Chen says he wanted to find a place that no one would think to look for them at.  Of course, TechCrunch Founder, Mike Arrington was keen to their dubious plans to get Moons over My Hammy and Grand Slam breakfasts while negotiating a grand slam of a deal.

Chen admits to having eaten Mozarella sticks while pondering over one of the biggest deals (at the time) in Silicon Valley.  Chen told Lacy that it was Google CEO (at the time) Eric Schmidt’s commitment to continue to let the YouTube founders run YouTube the way they wanted, that ultimately swayed them there instead of Yahoo.

“For twelve months, whatever we wanted to do, we were allowed to do,” Chen told Lacy “It was tremendous courage from Eric, allowing this group of 20 year-olds to run the company.”